There’s nothing like discovering a place that you didn’t realize you always loved. For me, that place is Maine. Over the summer, my boyfriend and I took a secret getaway to Ogunquit (to be blogged about at some point) and fell in love with the state known as Vacationland. From the rocky shores to the endless lobster rolls and super friendly people, Maine is amazing. We’re working on adding more trips to Maine including a weekend in Freeport and a spring trip to Portland.

So when I found a Living Social deal for Lodge on the Cove (under $400 for two nights including breakfast), a revamped motel in Kennebunkport, we jumped at the chance to explore a new town for the weekend.  We left Boston on Friday in the middle of a rainy rush hour and arrived at our hip oasis a little over two hours later. From the moment we checked in, I knew that our stay was going to be awesome. 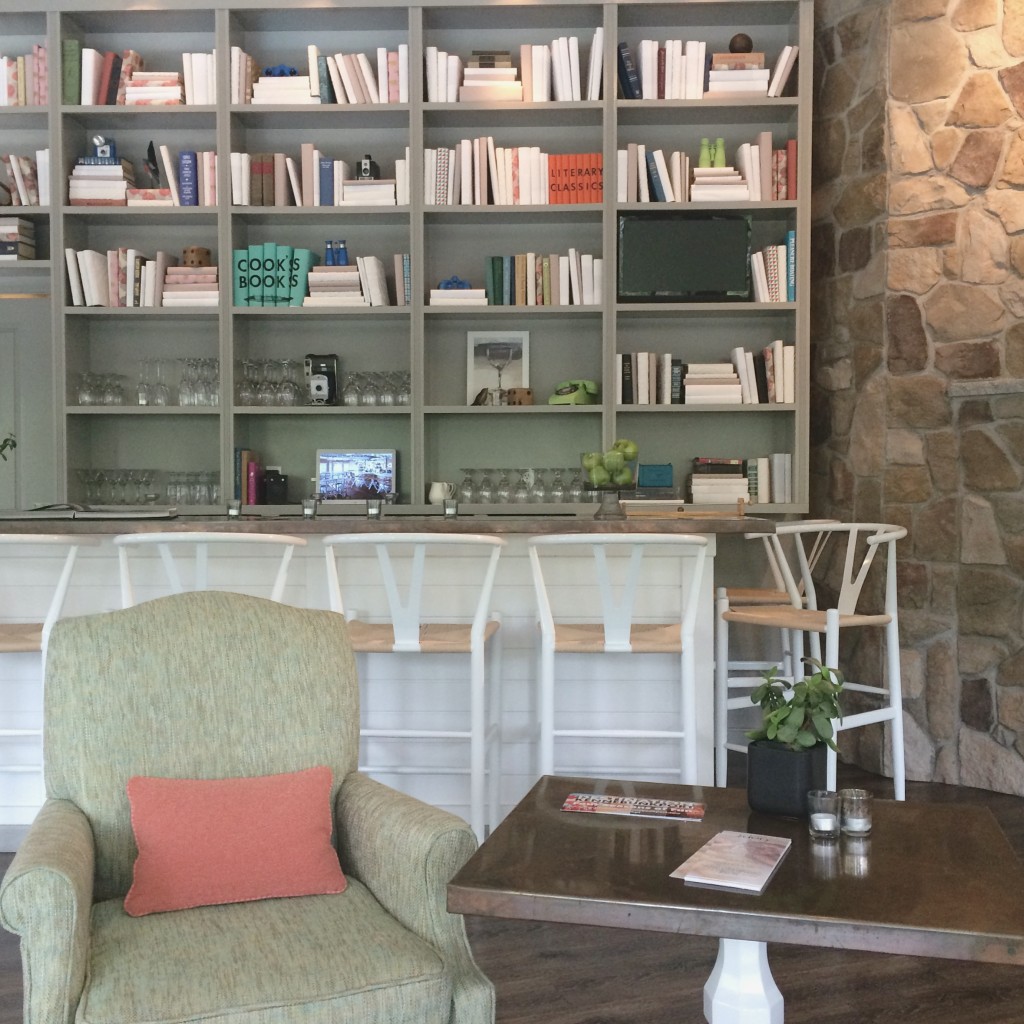 Everything about the hotel was stylish and thoughtful—beautifully designed rooms with handmade furniture, chic European skincare line, and even adorable “Do Not Disturb” signs. 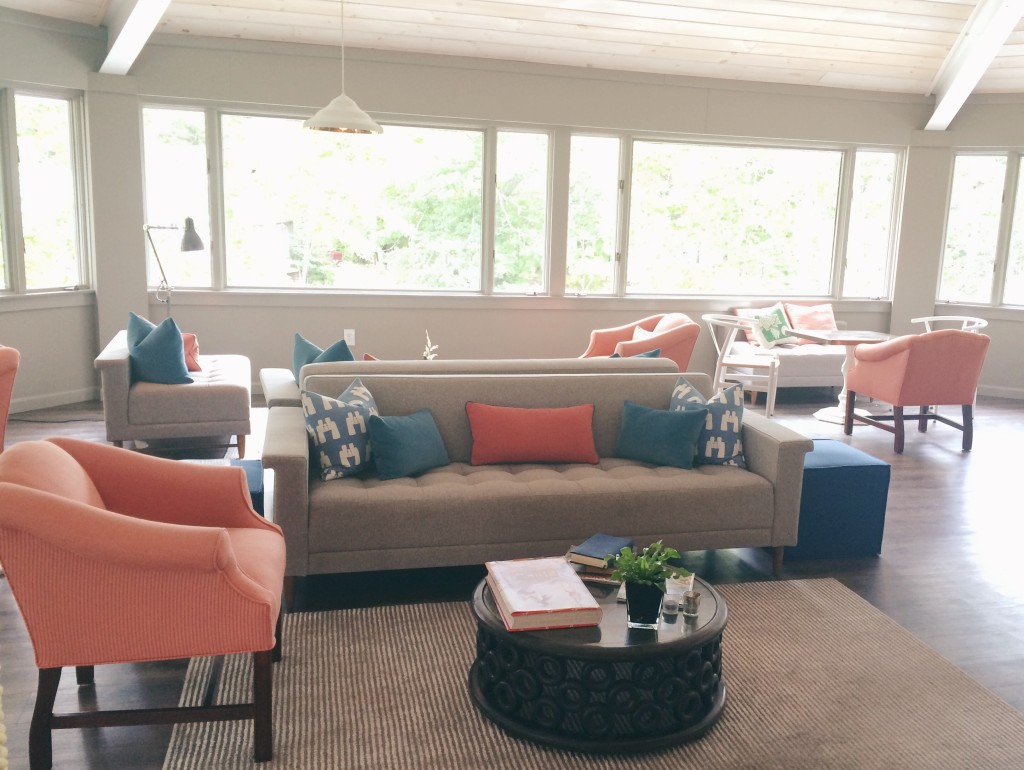 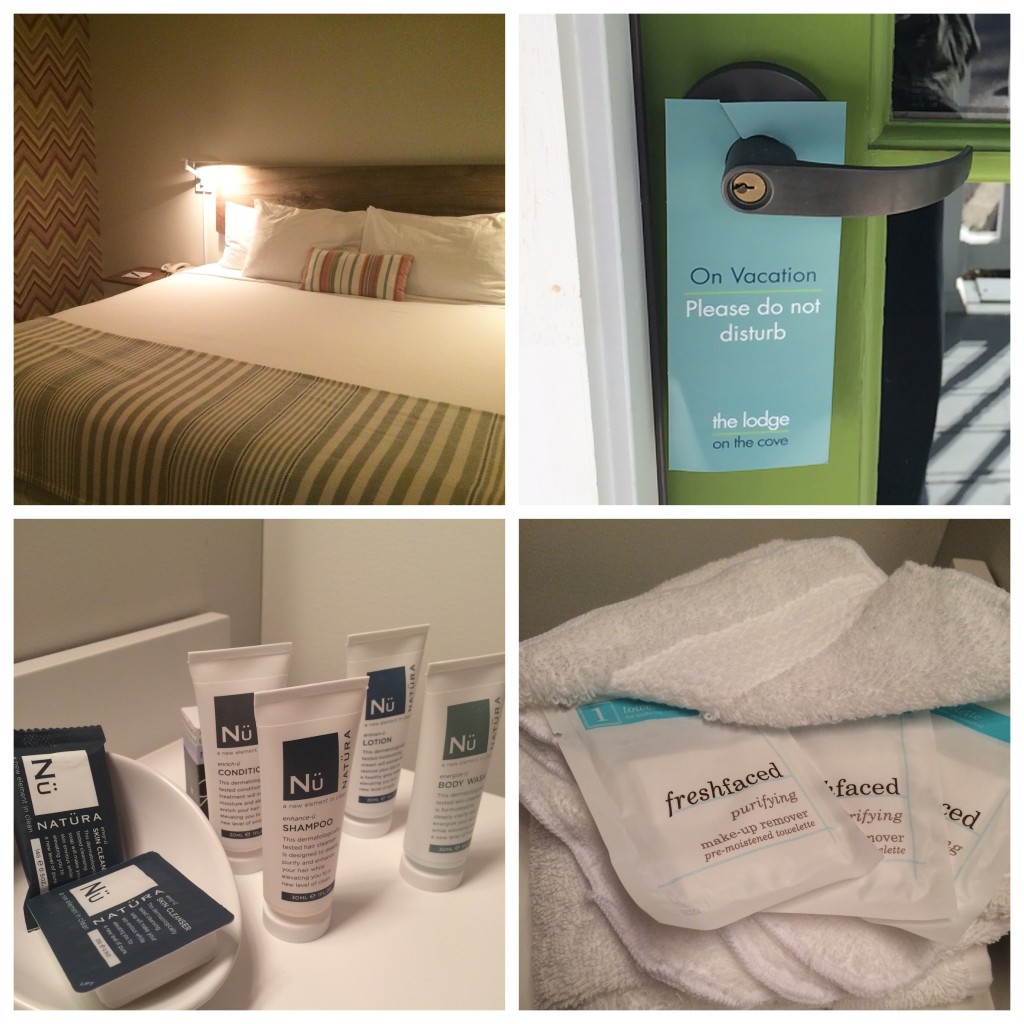 We started off the weekend with dinner and live music at the hotel restaurant, The Dory. My boyfriend and I split a burger and a boozy milkshake while listening to one of the local bands. 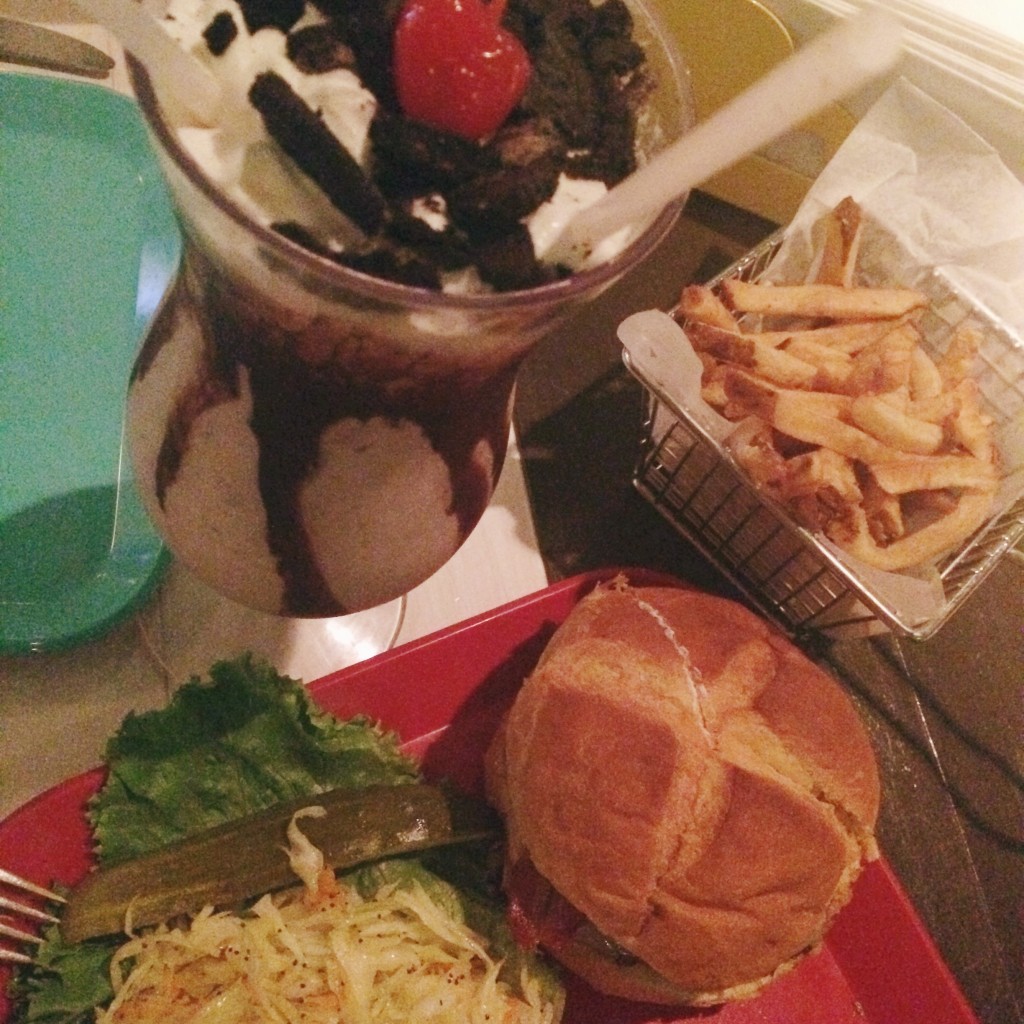 From there we took an Uber a whopping half mile into town to Federal Jack’s, the original home of Shipyard Brewing Company. Despite being on the cusp of off season, Federal Jacks was fairly crowded. We managed to grab some seats at the bar and listened to live music while sipping never-before-had Shipyard brews. If you’re curious, check out what I drank on Untappd. 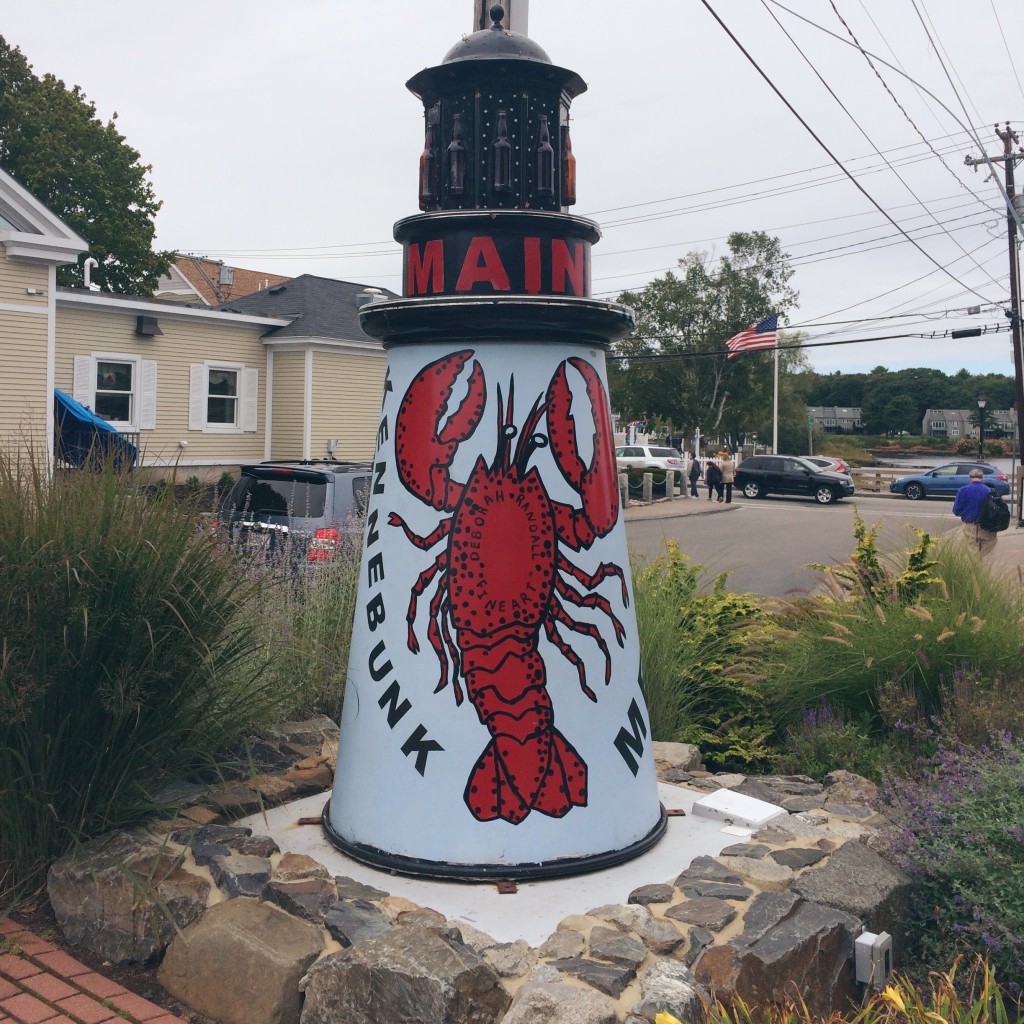 The next day we awoke to a delicious breakfast of muffins and coffee at The Lodge on the Cove. 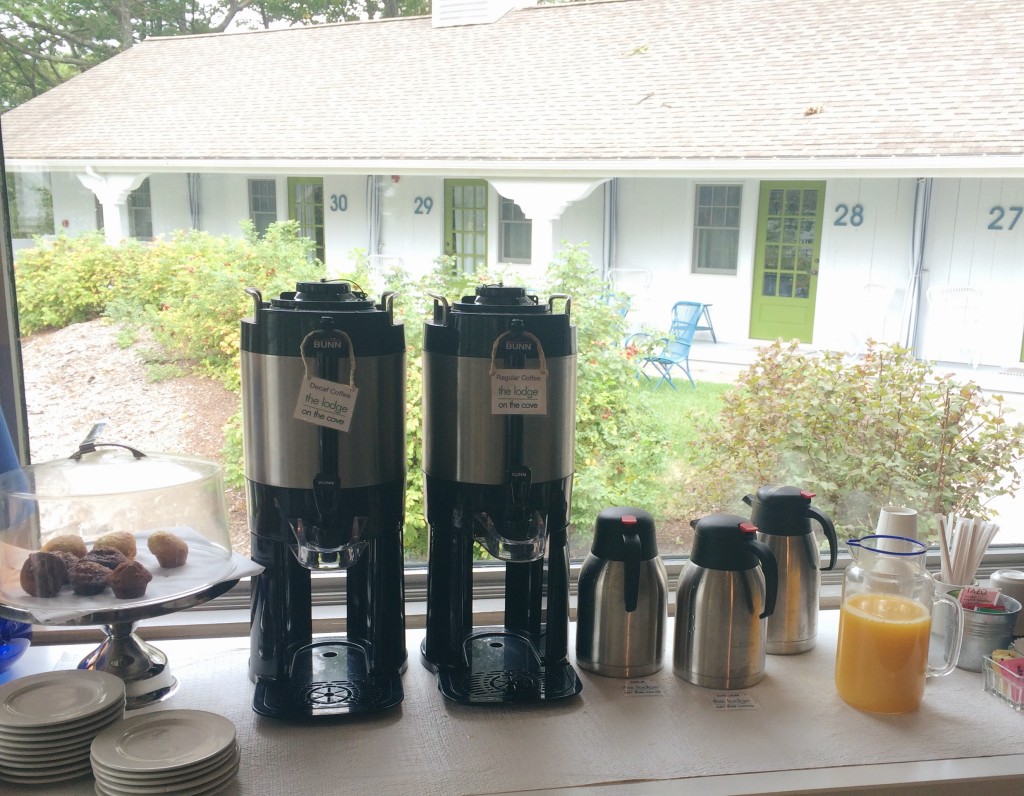 We had high aspirations of doing a lobster roll crawl through Kennebunkport so we ate a light breakfast and headed out to Hurricane Restaurant. The menu looked too good—we ordered the crab melt and the lobster roll, both of which were delicious. 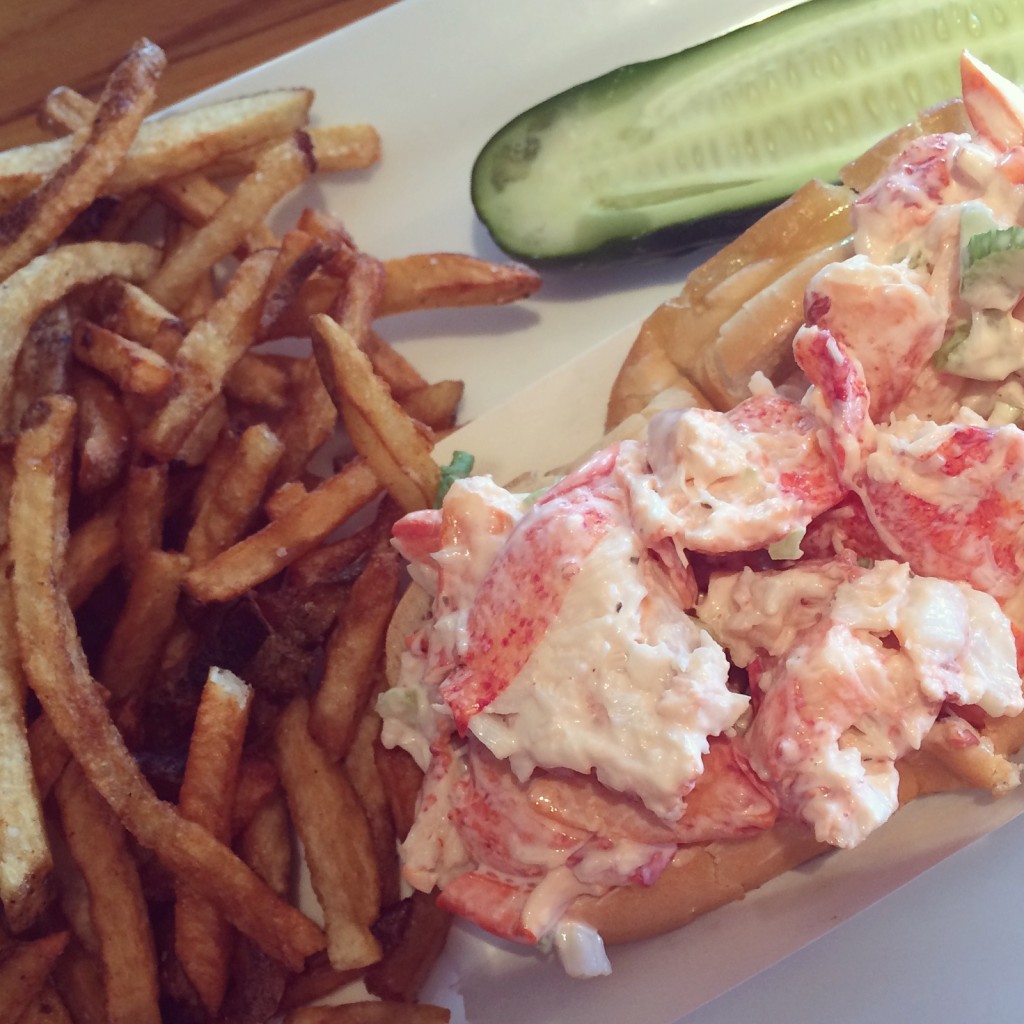 Flyers around the hotel and Federal Jacks indicated that there was a Pumpkinhead Festival during the day so after some shopping around town, we took an Uber to the Seashore Trolley Museum to check it out. We happened upon another couple at the festival and the four of us struck up a conversation with long-time Trolley Museum volunteer, Kevin Farrell, while we were sipping beers in an old German trolley car. 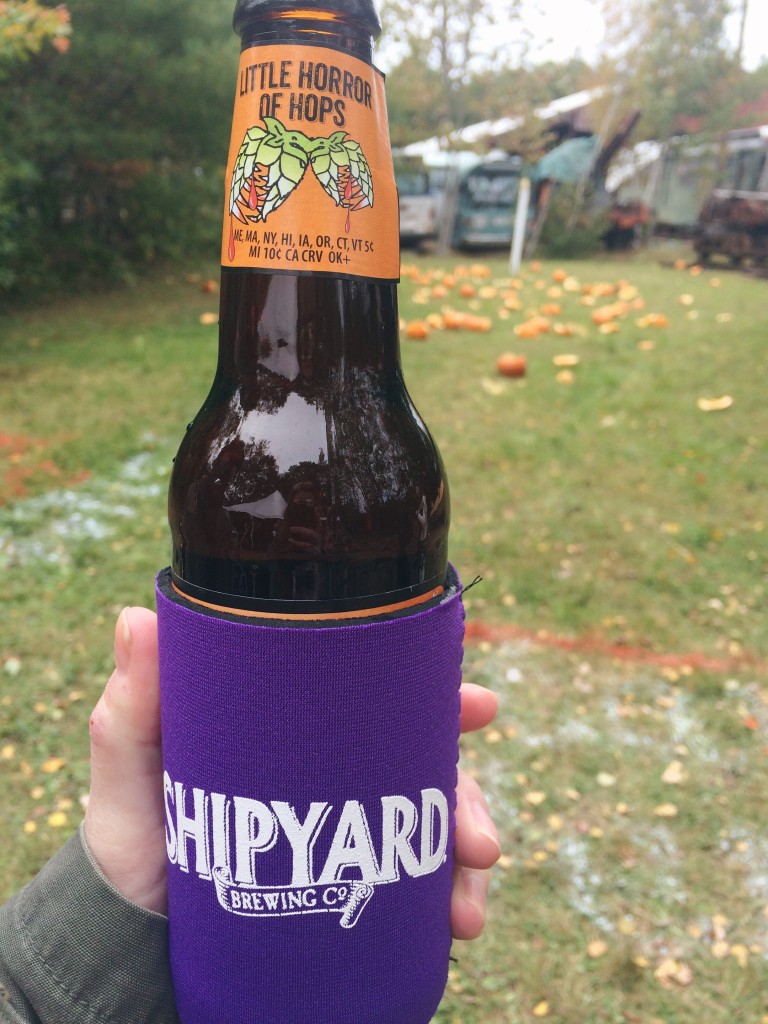 Mr. Farrell told us the history of the museum and the trolley car we were in before offering to take us on an unofficial semi-guided tour that ended up being the highlight of the day. I felt the history around me as we walked through restored trolley cars dating back to the 1800s. I was amazed at the restorations, down to the advertisements on the cars, and simultaneously dumbfounded that Boston’s MBTA had to shut down for a month last winter despite having created plow cars for the T almost 50 years ago! 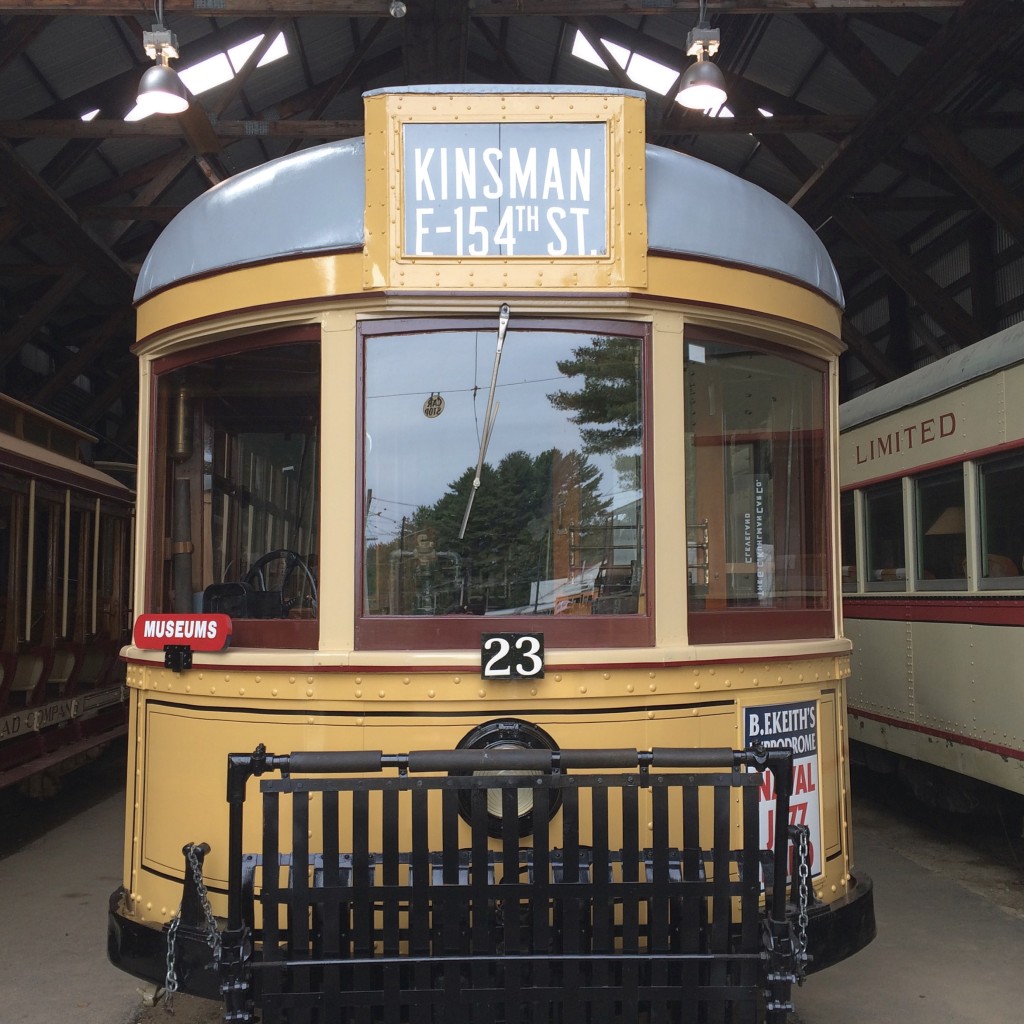 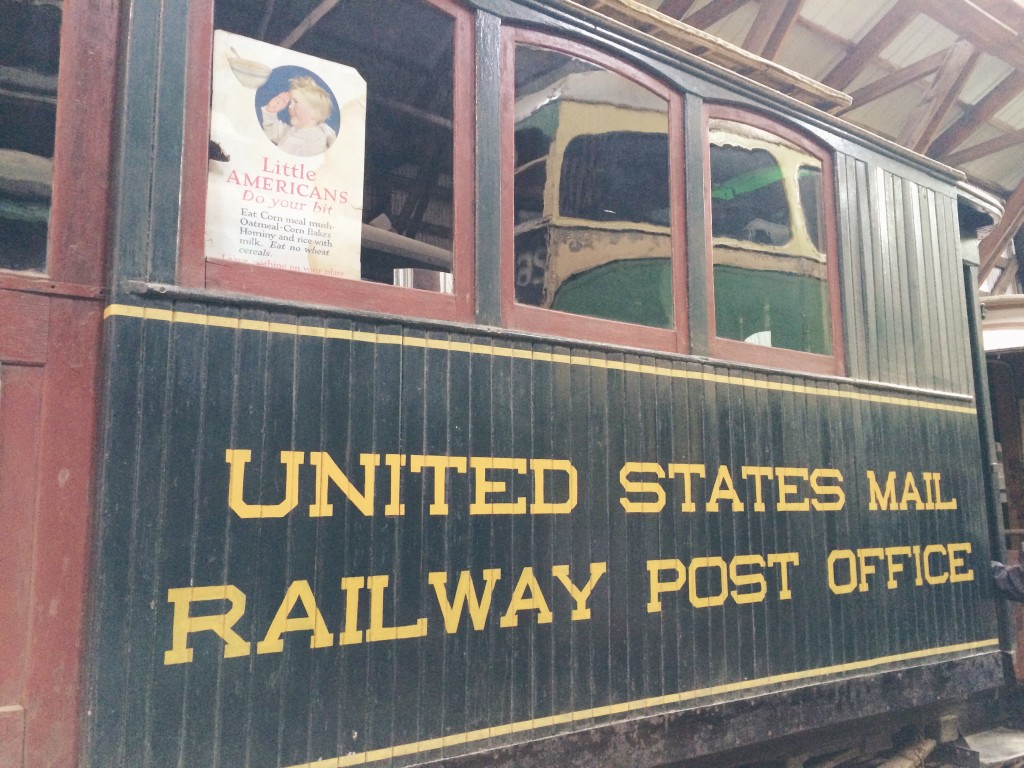 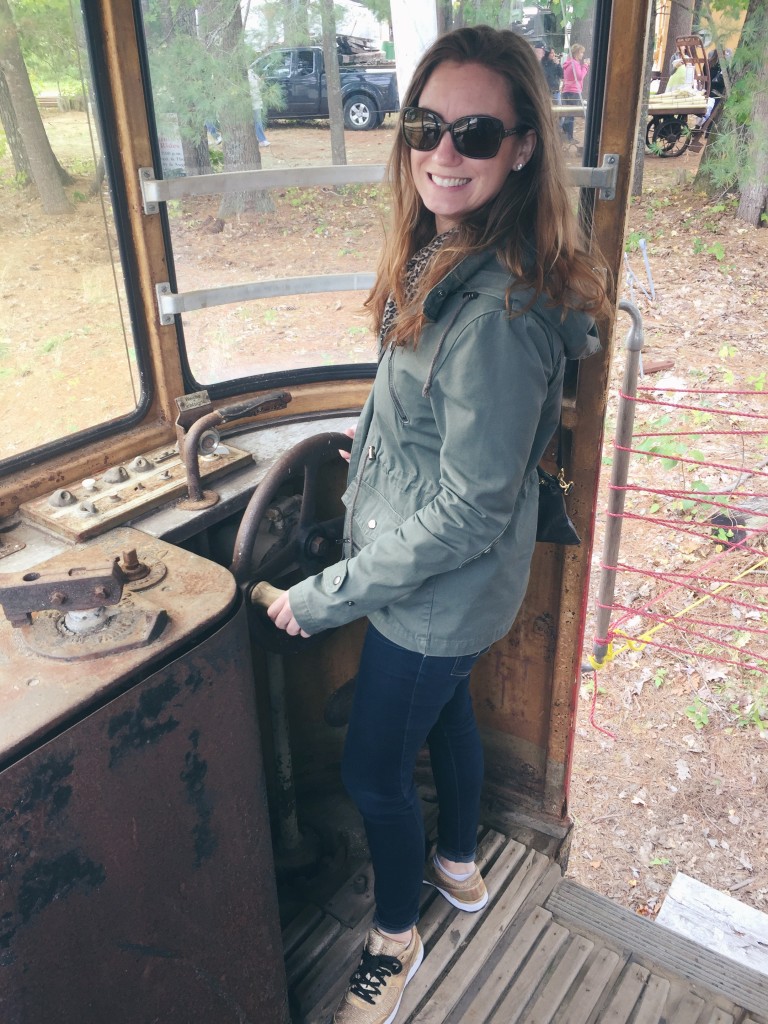 Back in Kennebunkport, we shopped around the stores before retiring to the hotel for a power nap and s’mores by the fire. We napped a bit too long and had trouble finding a place to eat in town that was open past 9pm. 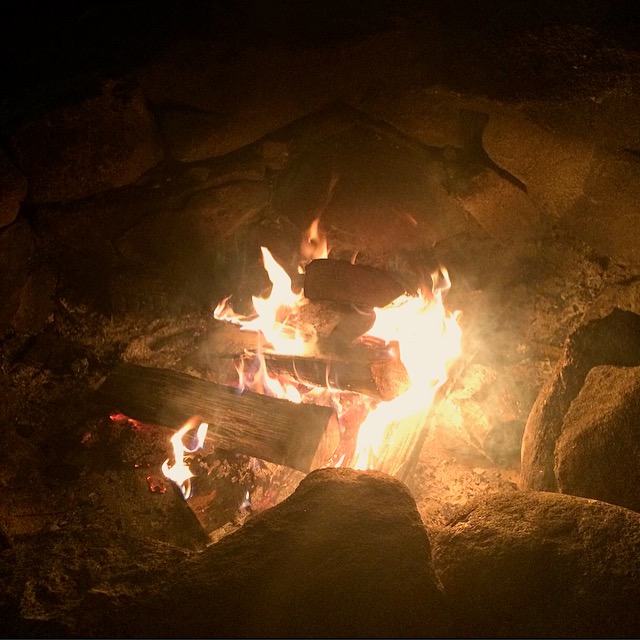 Thankfully. Alisson’s restaurant was open and happy to serve us up some of their amazing lobster mac and cheese and another lobster roll. We overestimated the availability of Ubers (oops!) and ended up walking back to the hotel after dinner. The walk along Ocean Avenue was almost as beautiful at night as it was during the day. The stars are so easy to see in Maine.

We had a late checkout the next morning thanks to our Living Social deal and around noon we headed out for our last lobster roll of the weekend. Christie at the Lodge on the Cove suggested The Ramp at Pier 77 on Cape Porpoise, a local spot a few miles down the road. My inherent trust of local recommendations paid off with a delicious chive-speckled lobster roll. 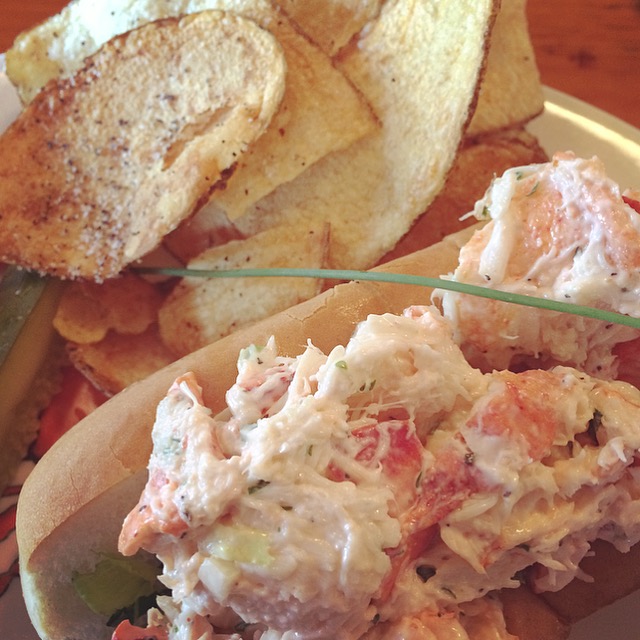 We retired to the adirondack chairs after lunch where we chatted up another Mainer and got the scoop on the thousands of oyster shells that you can see in the water below the restaurant. I won’t spoil the story—curious travelers can find out by chatting up a local or reading the legal notice in the bathroom of the memorabilia-laden restaurant. 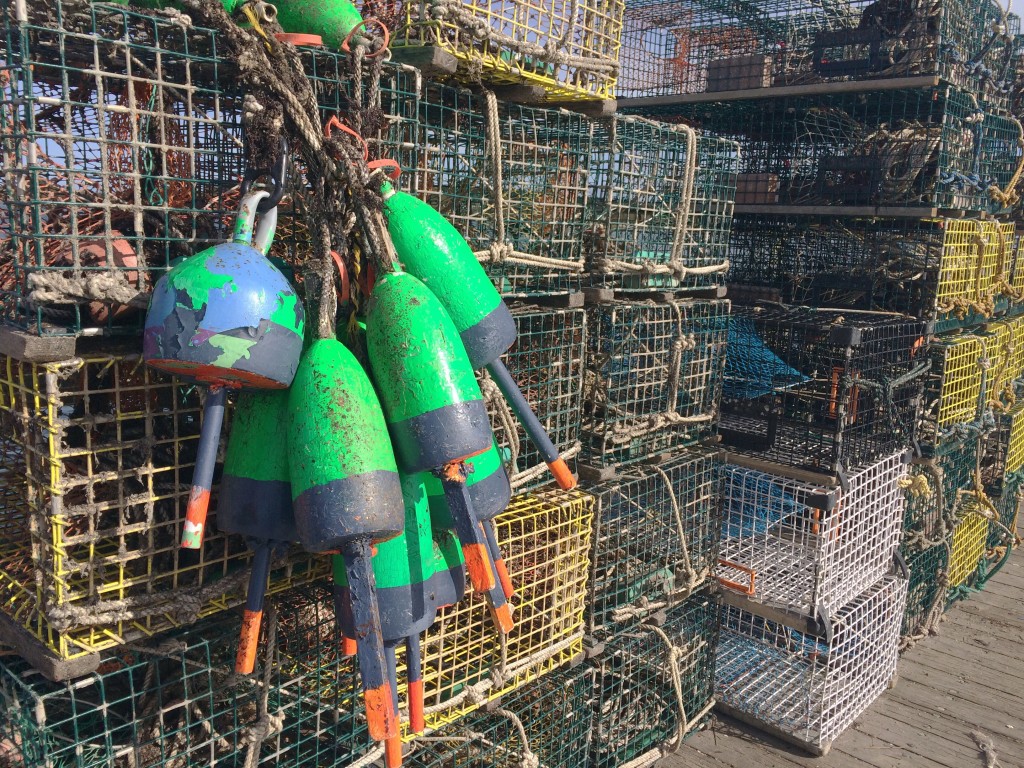 A quick walk out on the pier to smell the stinky lobster traps and we were on our way back to Boston with another wonderful weekend in Maine to remember. 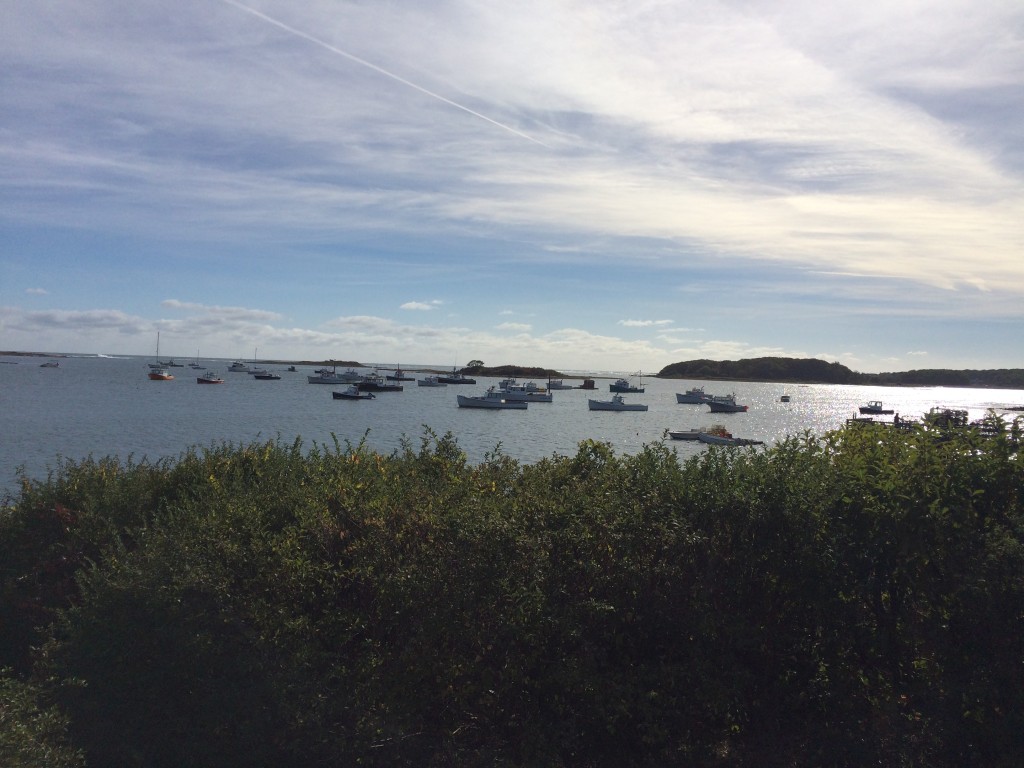 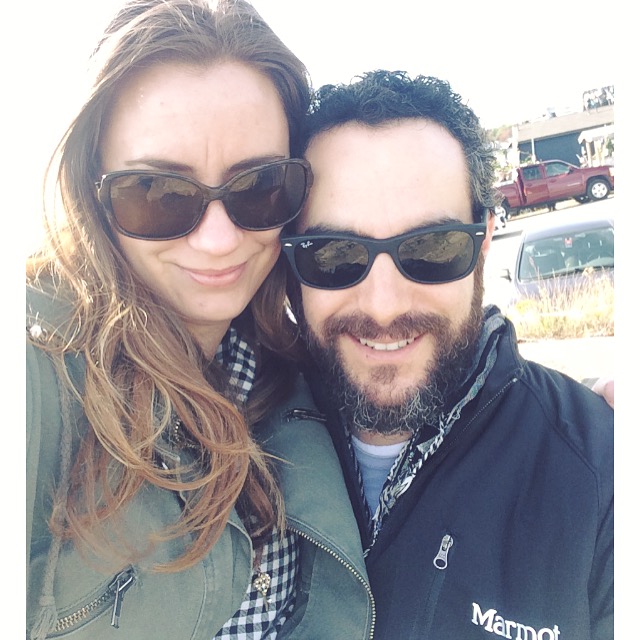