0
0
0
0
Last weekend I participated in one of Boston’s newest “cultural” experiences–the taproom at Night Shift Brewing.  Although the brewery has been around since 2012, the taproom is brand spanking new, as it just opened on May 22.  Some people might not think of a taproom as culture, hence the air quotes, but I’m pleased to report that in terms of craft beer, this was a decidedly awesome experience. 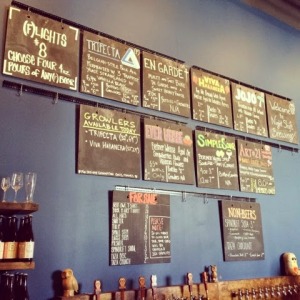 I headed out to Night Shift with a self-described food nerd friend.  While he doesn’t exactly share my love of malted hops, he has a car, and my charm was enough to convince him to chauffeur me to Everett, MA in search of the Boston area’s newest taproom.  The ride to the taproom was super easy considering I was the passenger, but my chauffeur insisted that it was fairly convenient and in close proximity to Costco, a fun fact that I refused to let him act upon.  While I may be desperate for a ride, I do have standards and trolling for food samples on a Saturday isn’t my cup of tea.

The taproom felt straight out of Denver, Colorado.  No stranger to drinking establishments, I had visited the Denver Beer Company while out West for a wedding last year and Night Shift was creepily reminiscent of that great experience.

From the picnic tables to the bathroom placement, it was like I had been transported back to Colorado a year later, almost to the day, complete with a beer drinking selfie in a blue striped shirt. Weird. 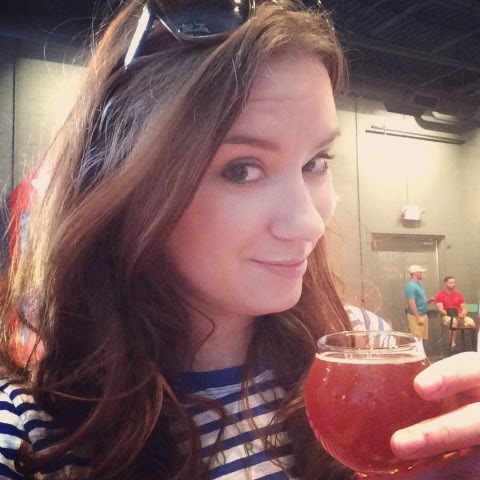 The only thing missing was outdoor tables (thanks Massachusetts blue laws), a dog friendly space, and board games.  There’s hope for at least one out of the three.

I got a flight of 4, which for $8 was a good deal for 16oz of beer.  There were 6 beers available to taste and 7 if you’re a member of their club.  However, only 4 of the 6 were available as part of the flight.  I tasted them all–Trifecta, En Garde, Viva Habanero, and Jojo…and then I got a 4oz sample of the Ever Weiss and Simple Sour…and brought home 5 bottles.  I was in a sour beer mood and took advantage of the three sour beers on the menu (En Garde, Ever Wisse, and Simple Sour) although the Viva Habanero was also a favorite solely for being the first habanero beer to ever grace my palate.

Other tasters commented on the Trifecta which appeared to be a taproom favorite.  While it did have a good flavor, I’m not the biggest Belgian style fan unless it’s a triple or a quad.  If you’re going to throw a beer at me that will sit like a stone, you better make it count.  For those who don’t drink or who were suckered into driving, there are non-alcoholic options as well.

Current laws prevented there from being food at Night Shift so they have a BYOF policy.  I wish we had gone there on a day when there were food trucks, as I could have used some sustenance, but no one ever went to a taproom to eat.  That being said, I can’t wait to go back to drink.