On Saturday I attended The Metropolitans 1925 Party in Boston. Headed by the vivacious Julie Judson, the Metropolitans is a group of young professionals in Boston, based out of the Citi Center for Performing Arts with a focus on all things fabulous and artsy.

I first learned about The Metropolitans about over the summer when I was invited to attend their pre-party for the Jason Mraz concert. It was a fabulous event filled with food from the food startup Kitchensurfing, fun people (many of whom I knew professionally), and of course, an open bar. Having had a great time at that event, when I heard that The Metropolitans were having their big fancy 1925 Party, I was very excited.

I’m never one to miss out on a good party, but a party with an excuse to dress up in 1920s inspired attire, was a definite must do miss event. There was no doubt that Caitlin, my blogger partner in crime, and I would have an amazing night.

We got ready “sorority style” before the event, meaning Caitlin came over in sweatpants, I curled her hair, and popped a bottle of 90+ Cellars Prosecco while dancing to country music in a towel. Curled and twirled, we donned our most period appropriate dresses and tights, threw on shiny jewelry and hair accessories and headed out to the fête. 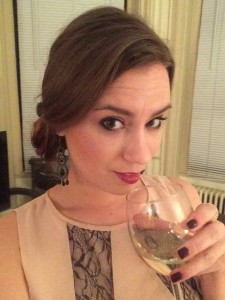 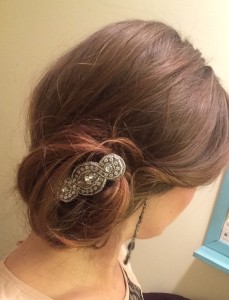 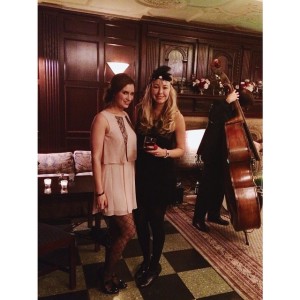 Julie and The Metropolitans did not disappoint.

From the live music in the Parlor and the signature cocktails, to the “Hello, gorgeous!” greeting from Ms. Judson herself, the night was a blast! Outside of the Citi Center Parlor, the DJ was spinning modern beats in the lower level of the space, including some Taylor Swift during which every flapper in the house lost it, shaking themselves off like it was going out of style (see what I did there?). It’s a good thing that flappers weren’t known for their refinery.

When we weren’t dancing, Caitlin and I were stuffing our faces with cheese and crackers and passed apps once again catered by Kitchensurfing. Those boys know how to impress with their itty bitty steak gorgonzola bites.

As if the night wasn’t fun enough, Pretty Instant was there with the affable Jeremy Needham, a veritable sorcerer with the camera. How Mr. Needham manages to take the most amazing pictures is beyond me but he always manages make me feel like a million bucks…his Aussie accent isn’t bad either. Caitlin and I had a bit of fun throwing a dance party in front of the camera which does nothing to quash to the rumors that we’re dating. We’re not. Really. Not that there’s anything wrong with that, I just don’t date people who eat kale, or women. 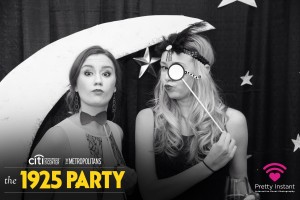 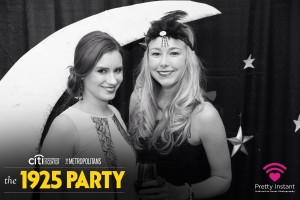 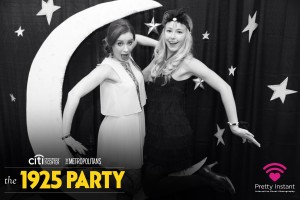 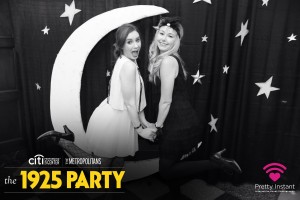 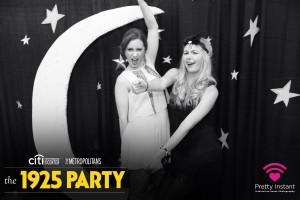 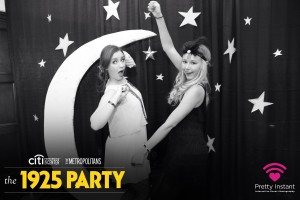 Thanks Julie and The Metropolitans for the amazing night – I can’t wait for next year’s 1925 Party!

4 thoughts on “The Metropolitans 1925 Party”