I’m proud to say that I survived the Blizzard of 2015 in Boston. It wasn’t as bad as predicted, but as I write this, the snow has been falling steadily for over 24 hours and I’m so bored that I need some wine.

Thankfully, I had the ingredients in the house for one of my favorite winter drinks – mulled wine. Called Glühwein in its native German, mulled wine is a warm wine infused with mulling spices, similar to the hot cider that you get when you’re apple picking on an awkward third date in the fall, or the yummy scalding drink they hand out in paper shot glasses at Williams Sonoma.

I had a bottle of one of my favorite wines, 90+ Cellars Big Red Blend. Mulled wine is usually my go-to for my not-so-favorite wines, as the mulling spices, brandy, and honey tend to mask anything I don’t like. But Boston liquor stores are still closed thanks to Snowmageddon 2015, so I sacrificed my yummy Big Red Blend to the Glühwein gods for the sake of something warm to drink.

You can make your own mulling spices out of cloves, nutmeg, allspice, and cinnamon or pick them up at the store like a normal person.  I’m firmly in the “normal person” category and picked mine up at a supermarket. I’m also usually in the “add brandy” category when making this recipe but that’s up to you.

I also cheated and used clementines instead of oranges because I don’t like oranges. Also, I felt like the Incredible Hulk while squeezing the juice out of the clementines. The recipe isn’t exact with respect to time – I usually just wait until it’s steaming or I’m thirsty enough. Keep an eye on it though, as you’d hate to burn off the alcohol by letting it boil. Once it’s ready and smells good, pour it into a mug, garnish with a cinnamon stick, and enjoy – Cheers! 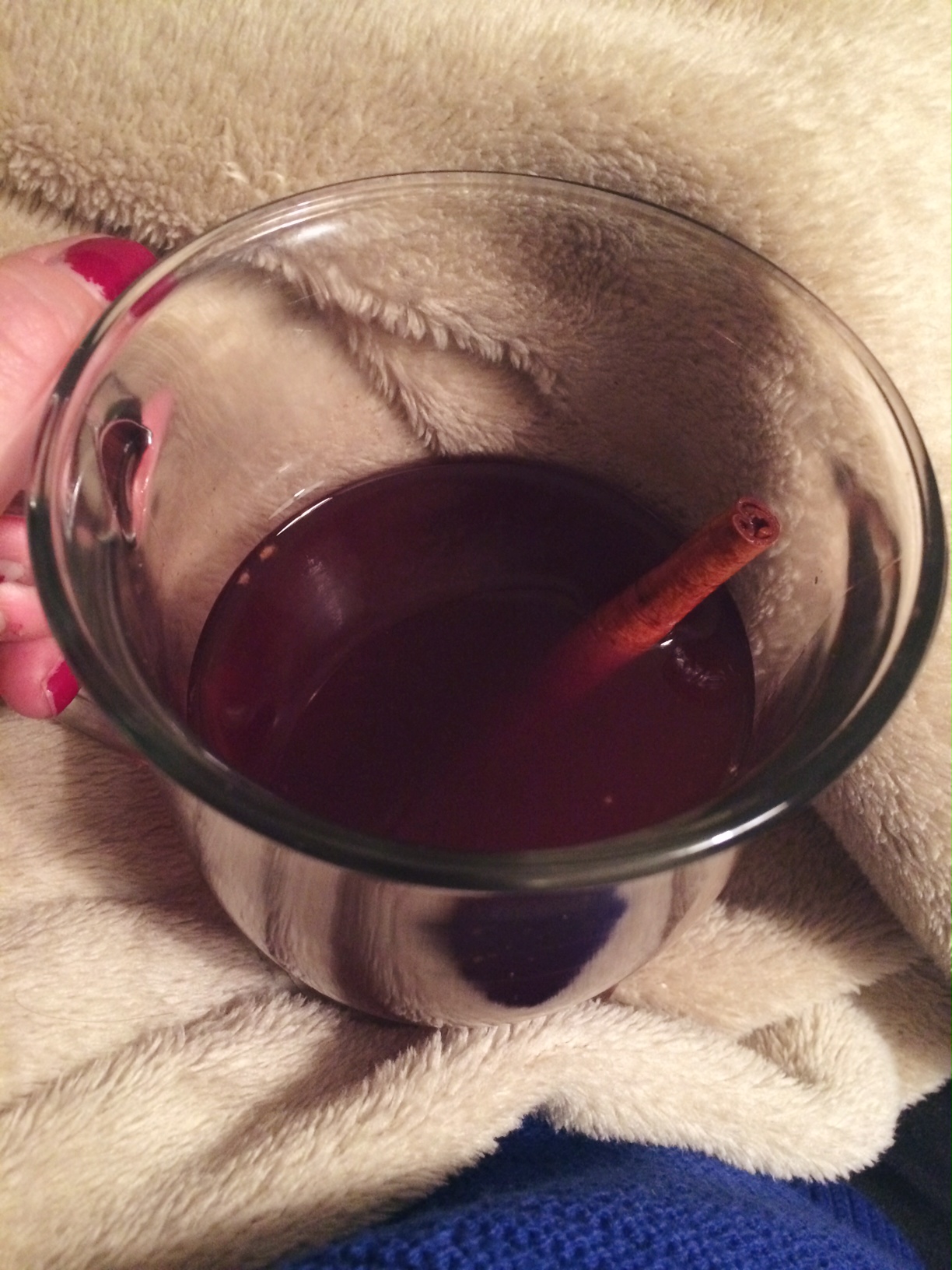 Note: 90+ Cellars DID NOT pay me to write about this wine. I’m just a 90+ evangelist who loves their wine.