I mentioned in my last post that I have attended 8 concerts in Boston this summer. The 9th and final concert this summer wrapped up just before Labor Day with the Little Big Town show.

I love Little Big Town so when I was approached by the good folks at Hampton by Hilton to be an Ultimate Seekender and attend the concert as part of their We Go Together Ultimate Summer Tour sweepstakes I was happy to participate. Collaborating with Live Nation, Hampton by Hilton hosted the sweepstakes to give 4 lucky winners tickets and a VIP experience to chart-topping acts like Kelly Clarkson and Brad Paisley. 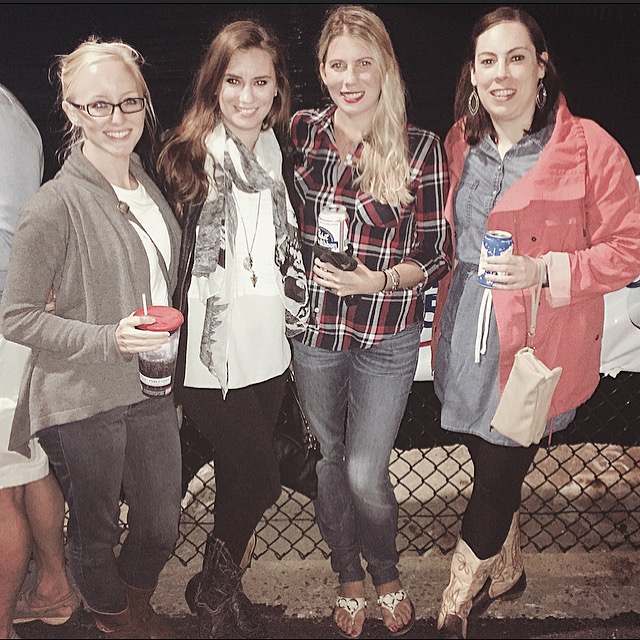 I received 5 tickets to attend the Little Big Town concert at Boston’s Blue Hills Bank Pavilion. I brought 3 of my closest blogger friends (Kate, Jodi, and Alli) and my boyfriend, all of whom were already fans of Little Big Town. The evening of the concert was a beautiful end-of-summer night in Boston—clear skies with just enough of a breeze off the Seaport to require a light jacket. 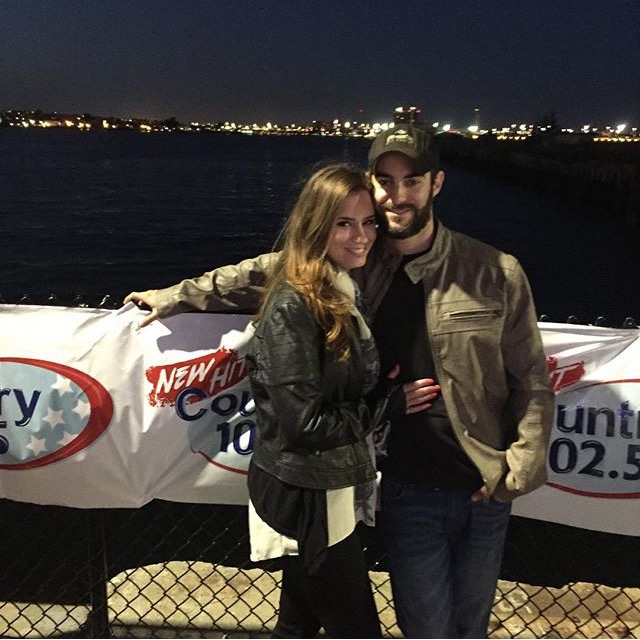 We arrived at the concert as Ashley Monroe took the stage, performing songs from her new album The Blade. Country bad boy, David Nail, followed, taking us down his long road of mistakes and redemption.  While the songs are heavy, the vulnerability with which he sings has stuck with me since I first heard “Let it Rain.”

Our seats were in the uncovered portion of the Pavilion around a table, a nice change from the jungle gym of rows of seats in the main concourse. One of my favorite things about concerts is sitting outside enjoying music with friends. These seats enabled us to relax, munch on snacks, and enjoy each other’s company on the beautiful night. 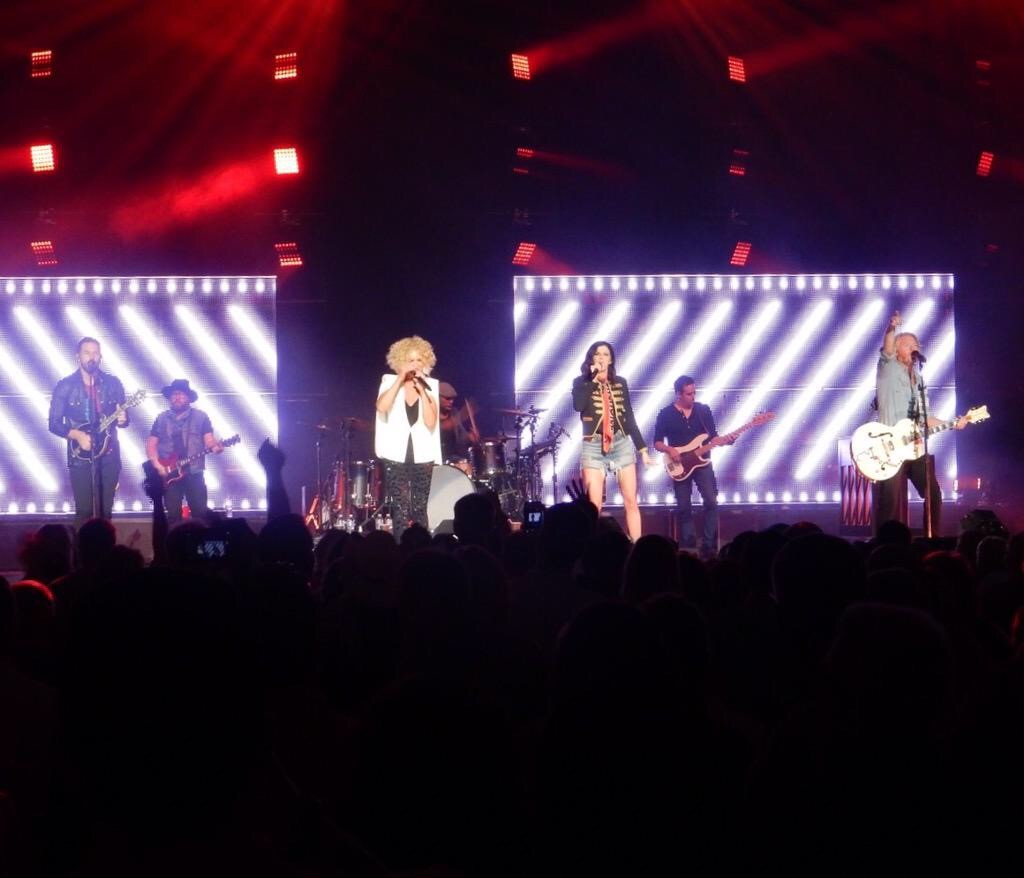 Little Big Town took the stage just as the temperatures started to drop so we were happy to be able to stand up and dance. Another benefit of these seats was being able to dance without having to worry about blocking another concert goer’s view. The band was awesome and the energy in the venue was great. They performed songs from their Painkiller album as well oldies like “Boondocks” and “Tornado” that hooked me years ago.  Little Big Town ended their 2 hour set with their latest mega-hit “Girl Crush” and their summer-fun song “Pontoon.” 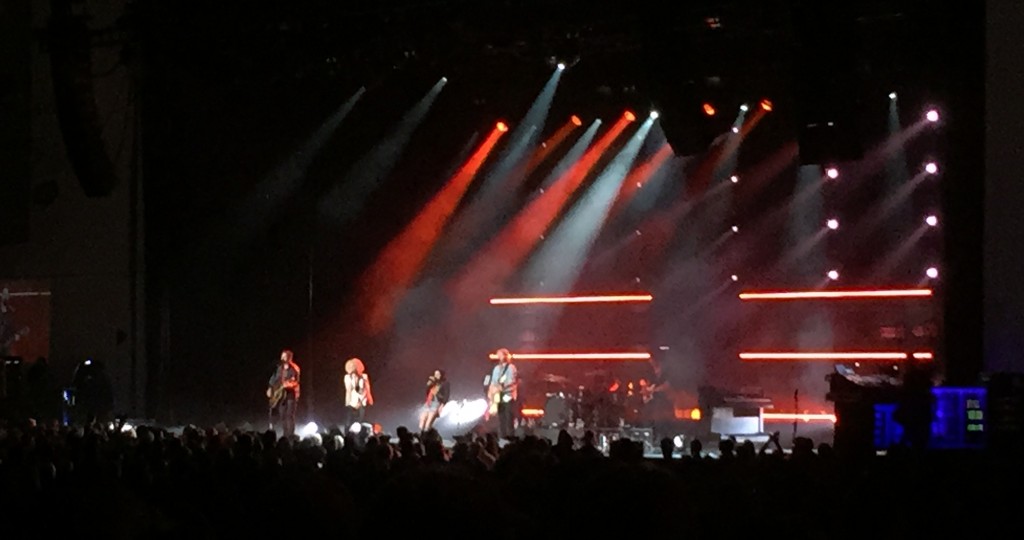 As part of my experience as an Ultimate Seekender, I was encouraged to seize the weekend. To me that meant living it up and purchasing some concert merchandise, something that I rarely do at concerts. Long lines turn me away but I made an exception for this one because I was with my friends on a beautiful night and we ALL wanted some of Little Big Town’s fun merchandise. The hands-free koozies that we bought were super convenient to use while dancing at the concert and will be perfect for summer days on the water next year.

My Ultimate Seekender experience was the perfect ending to a fun summer of great concerts with friends and loved ones. Thank you Hampton by Hilton for the opportunity to be an Ultimate Seekender and attend the Little Big Town show as part of the We Go Together Ultimate Summer Tour.

Disclosure: I was hosted by Hampton by Hilton to attend the Little Big Town concert in Boston as an Ultimate Seekender to share my weekend experiences on my social media as well as on this blog. The opinions expressed belong to me and are not indicative of the Hampton by Hilton or their partners.