June is one of the best months in Boston when it comes to the weather and events. The short month bridges the gap between college graduations and the July 4th holiday and is the perfect time to experience all that Boston has to offer. Here’s a wrap up of what I did in Boston over the past month.

My boyfriend and I kicked off the month by spending Memorial Day weekend at Singing Beach. Although not technically part of June, our trip to Singing Beach set the stage for an awesome month so I’m including it in this round up. Singing Beach is a beautiful little beach named for the sound the sand makes when walked upon. The beach is long and wide enough that there’s room to spread out without having to move to accommodate the changing tides.

My boyfriend and I had the perfect day relaxing on the sand and testing the freezing waters. Giant seaweed-covered rocks sit at the end of the beach and make for the perfect tide-pooling experience or Instagram-worthy photo shoot. My boyfriend begrudgingly agreed to climb up the rocks with me amidst swarms of flies so we could sit on top of the sharp rocks and longingly gaze out on the ocean together. 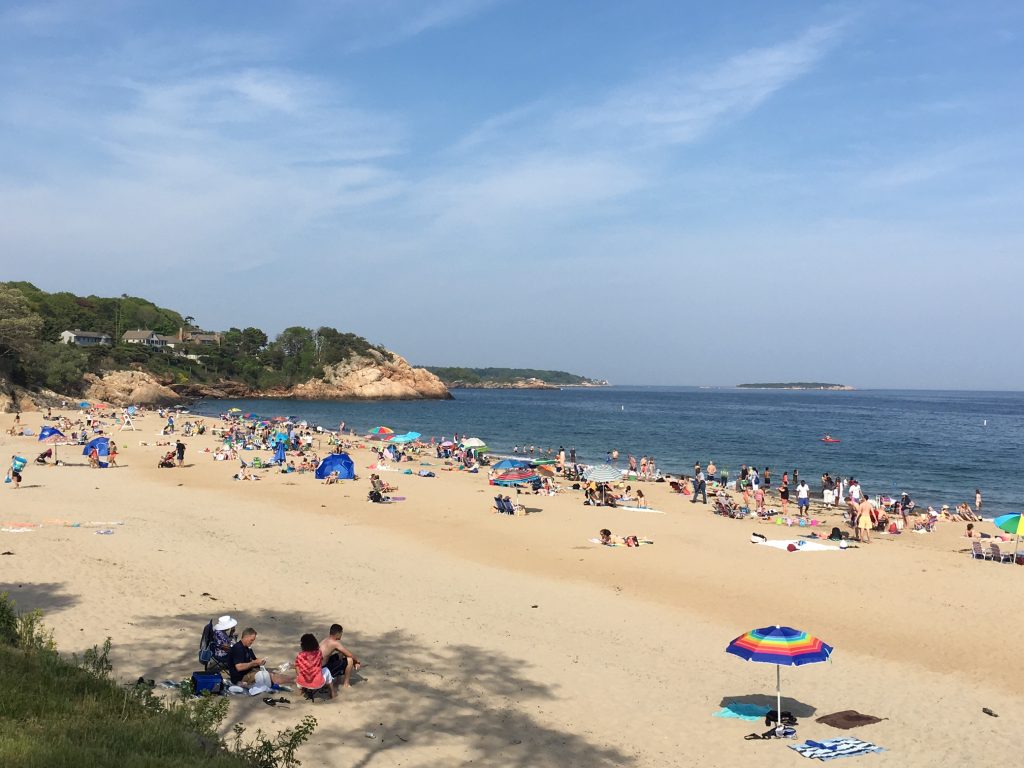 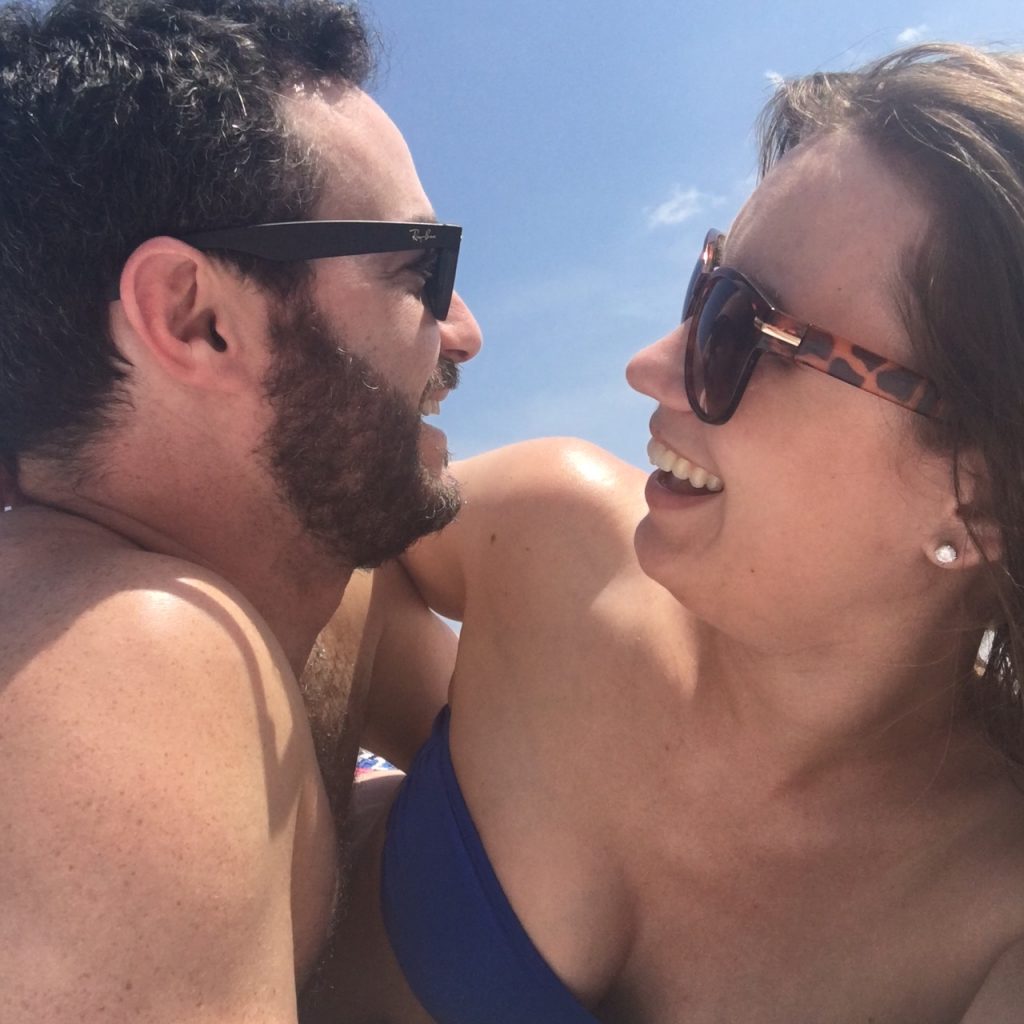 Singing Beach is about an hour north of Boston. Admission to the beach is $5/person unless you have a season pass and there are bathrooms and a snack bar on site. Parking is limited—there’s a paid lot by the commuter rail station where you can park for $20-$30 but from there you must walk a mile to the beach. I recommend you save yourself the money and just take the commuter rail straight there—you’ll still have to walk but at least you don’t have to worry about driving home after a few beach beers.

Beer wise, I kicked June off at Somerville’s Hyperlocal Craft Brew Fest on June 11th. Held at the Armory in Somerville, I attended the event as a vendor, helping out my good friend Allo from Pints of Portsmouth Beer Tours who was a sponsor of the event. If you’re looking for a great day trip to drinks some of Portsmouth, New Hampshire’s finest brews, hop on the Pints of Portsmouth bus. The round trip tour from Boston to Portsmouth is all-inclusive and drives drinkers to three great breweries for an all day adventure. 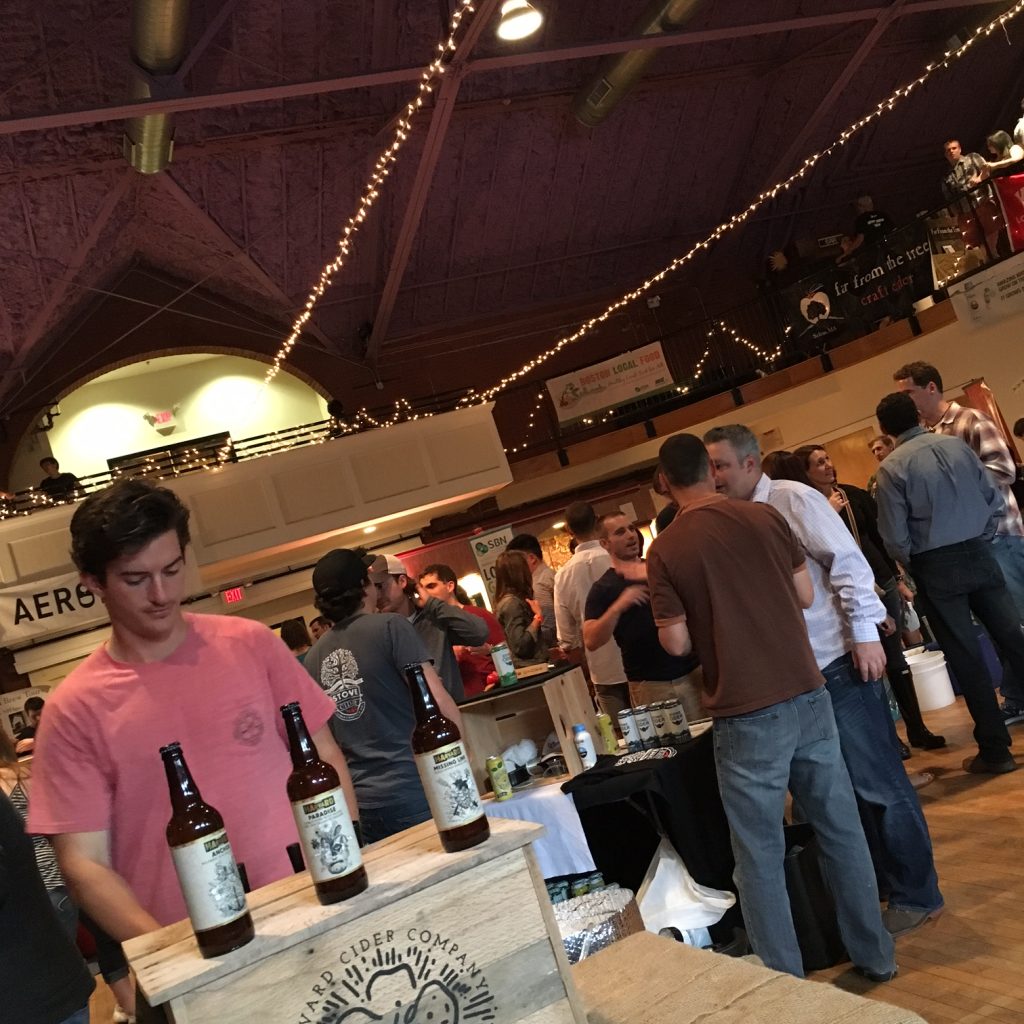 Bacon and Beer Festival at Fenway

On June 12th I attended the Bacon and Beer Fest at Fenway Park sponsored by Eat Boston to benefit the Red Sox Foundation, Community Servings, and Lovin’ Spoonfuls. My admission to the event was complimentary on behalf of Eat Boston but tickets to the event would have been well worth their price tag. 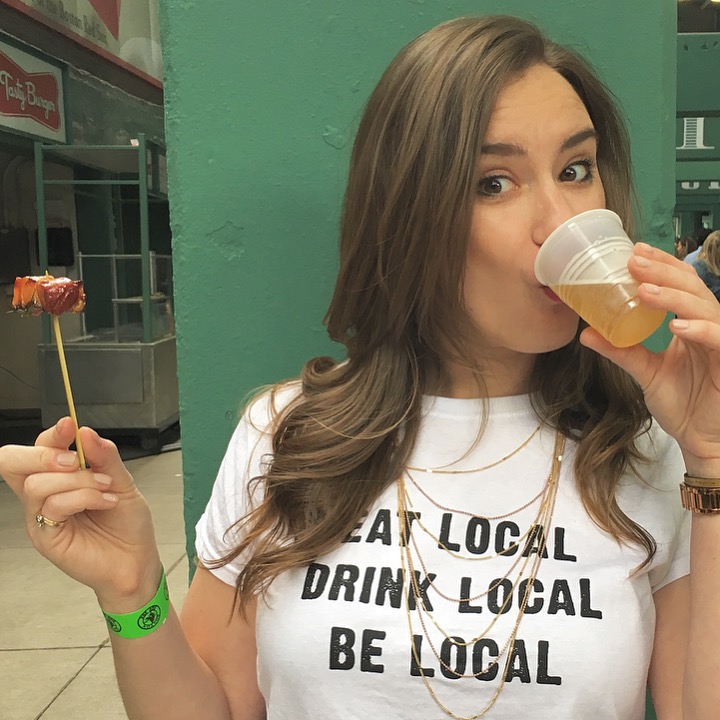 For two and a half hours I stuffed my face with the best bacon creations that Boston chefs had to offer and sampled eight craft beers. Sprawled throughout the concourse at Fenway Park, the Bacon and Beer Festival was the perfect event for any beer, bacon, or Red Sox loving philanthropist. 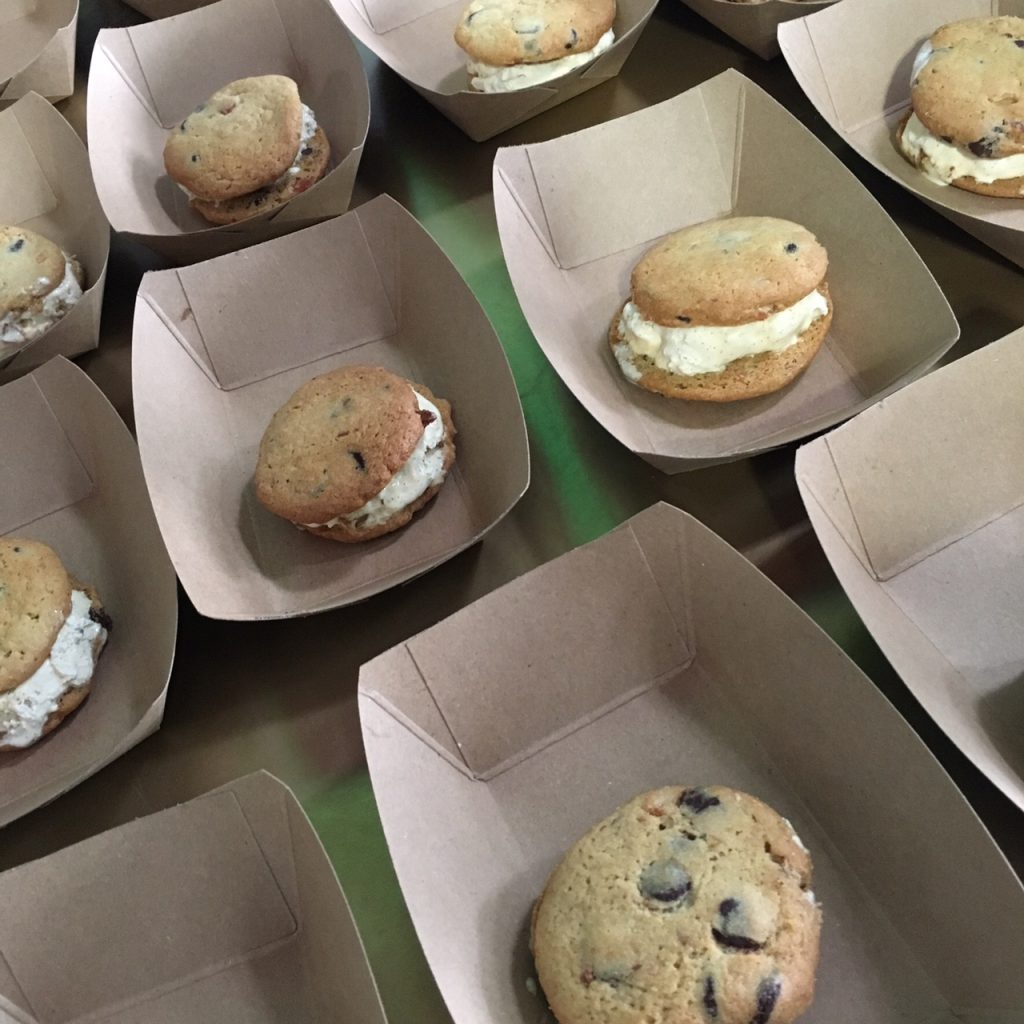 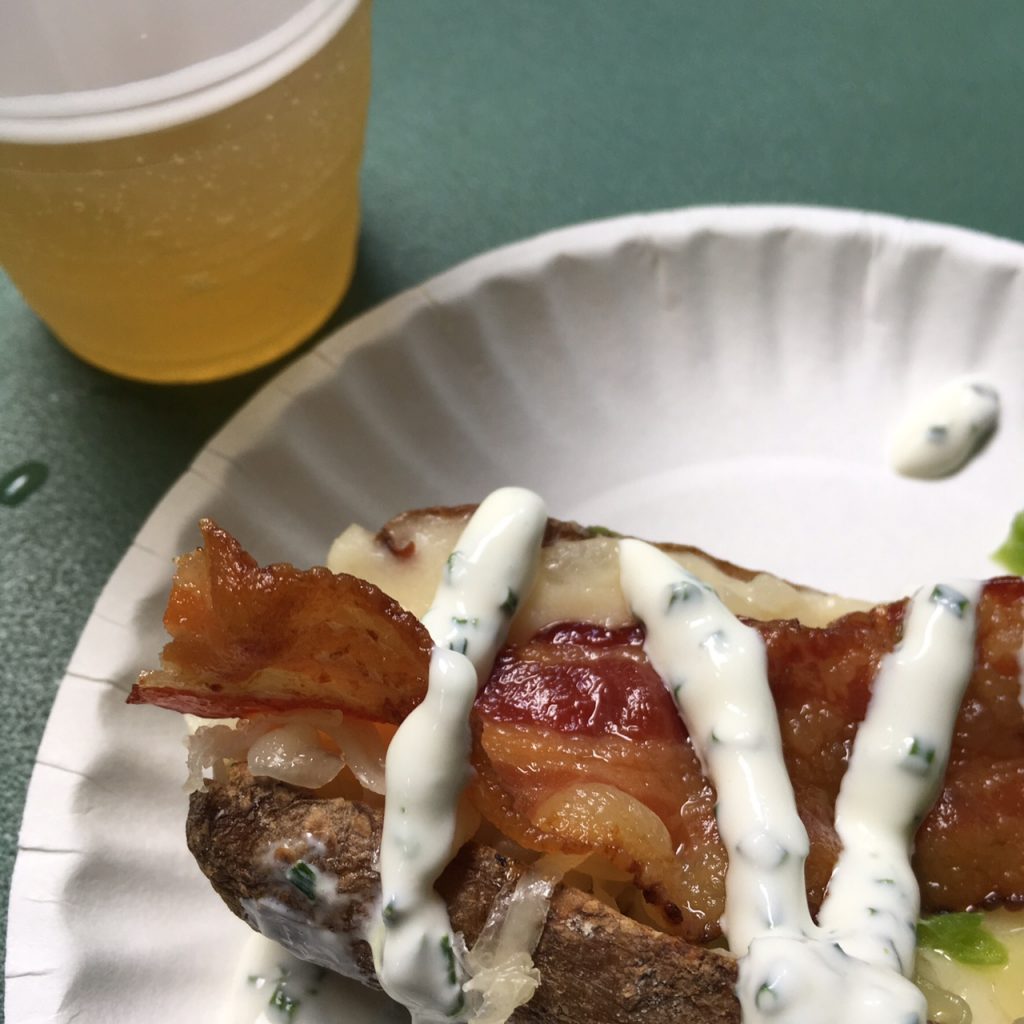 A charitable weekend, I went to the Naot Gives Back Trunk Show the same day as the Beer and Bacon Fest. In partnership with Simons Shoes in Brookline, Naot Footwear hosted a trunk show at the Brookline store where, for every pair of Naot shoes tried one, they donated a pair to Rosie’s Place. For every paid purchased, two pairs of shoes were donated. I was invited to spread the word about the event in exchange for a complimentary pair of sandals and was thrilled to help spread the word about the great event. 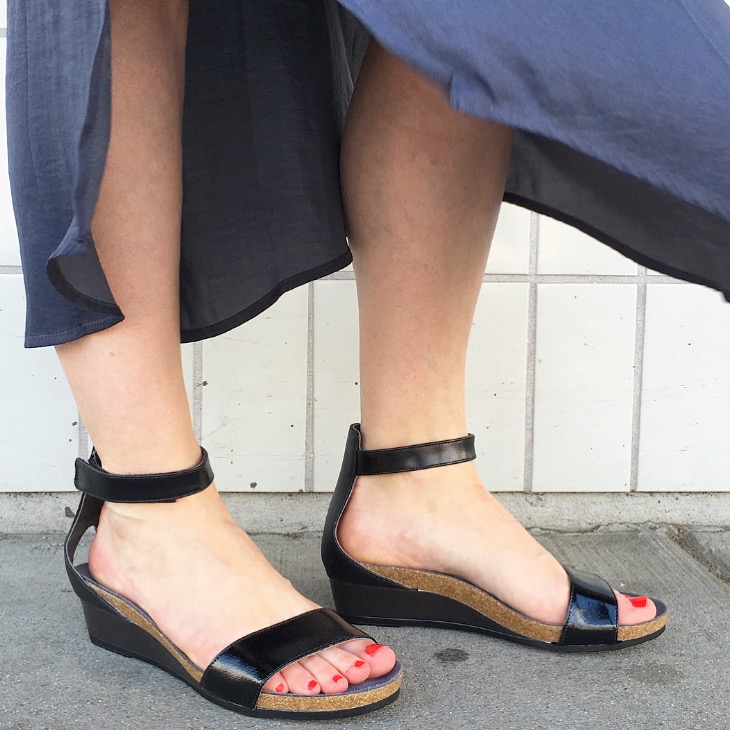 Although I’ve walked past it a million times since living in Boston, in June I ate brunch for the first time at City Table in the Lenox Hotel in Back Bay and it was delicious. I debated between the biscuits and gravy, my all-time favorite breakfast food, and the breakfast pizza. After some serious contemplation and a recommendation from our waiter, I ordered the breakfast pizza—OMG yum! It was everything I wanted and more, literally. Half of the giant dish came home with me for breakfast the next day. 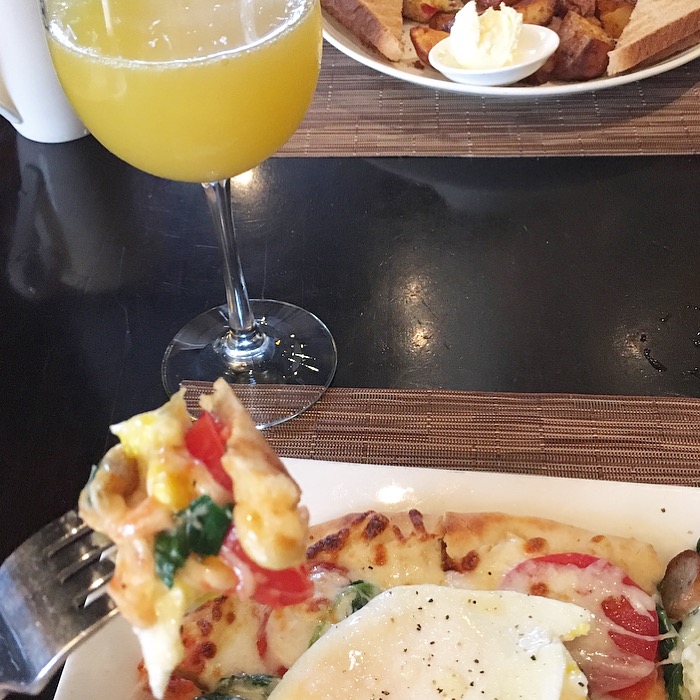 Speaking of food, June was my last month with a free trial of Just Add Cooking, Boston’s local meal prep delivery service. Included in the box were ingredients for Jambalaya, Philly cheesesteaks, and grilled veggie and feta pitas. Everything in this box was delicious!

I’d never made Jambalaya and was surprised at how easy the recipe was to make and how tasty the end result. As a Philadelphia native, I’m a bit of a cheesesteak snob and am happy to report that this cheesesteak was up to my high standards. The side of panko-crusted green beans was an interesting addition to the sandwiches and a healthy alternative to French fries. 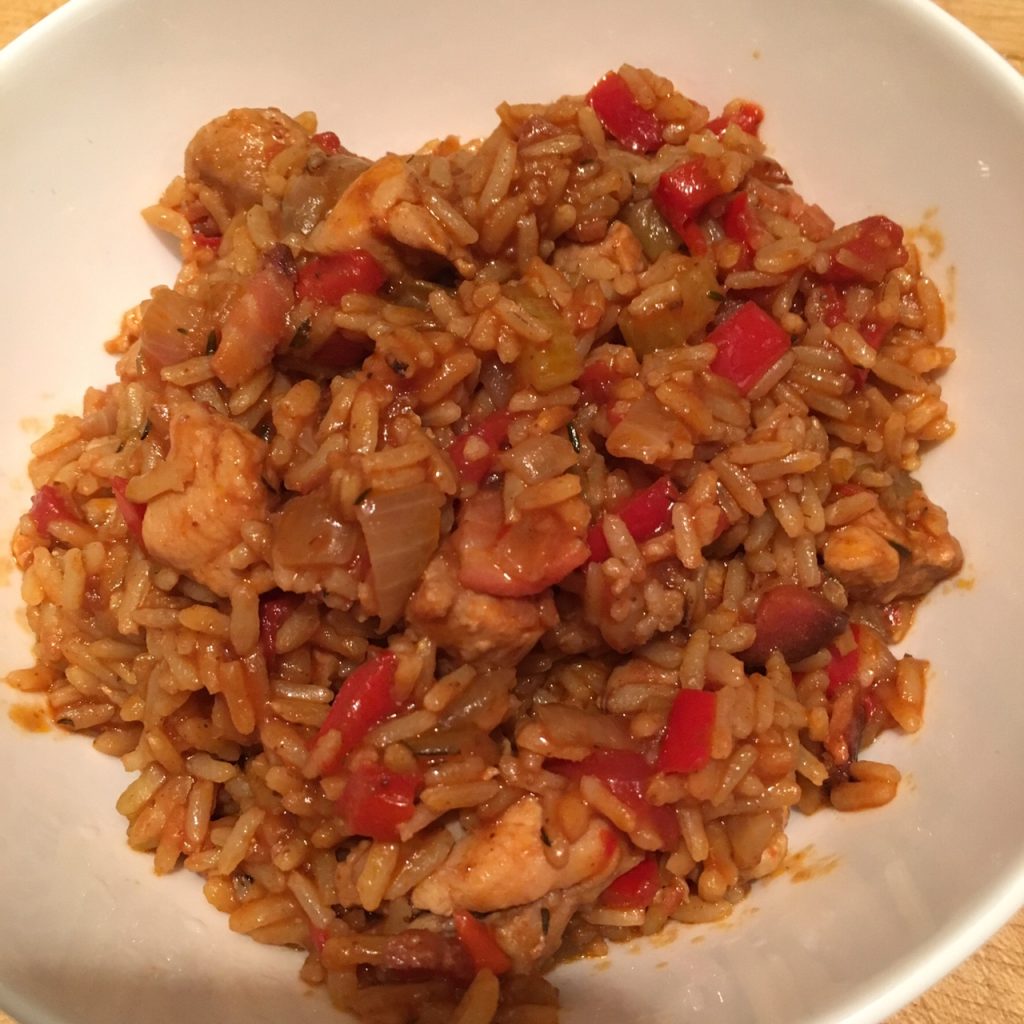 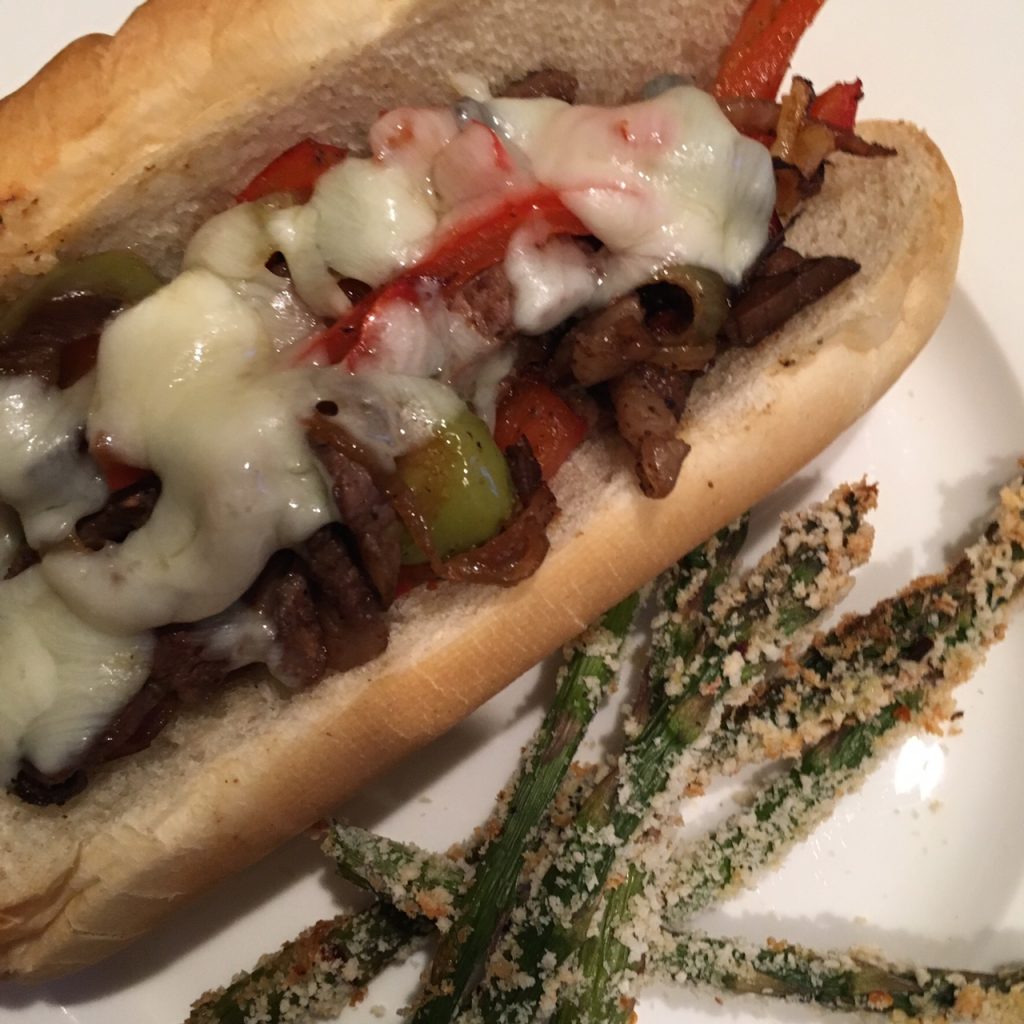 The grilled veggie and feta pitas were yummy and healthy and the perfect dinner for a warm summer night. The only downside to this recipe was that pitas that were supposed to be stuffed with the veggies failed to cooperate so I made open-faced sandwiches instead. The huge chunk of feta included in the recipe was fresh and tangy and large enough to be used in other recipes during the week. One of my favorite things about Just Add Cooking is that sometimes there’s too much food included, as was the case with this feta, which allows you to be creative for non-JAC meals with leftover ingredients. 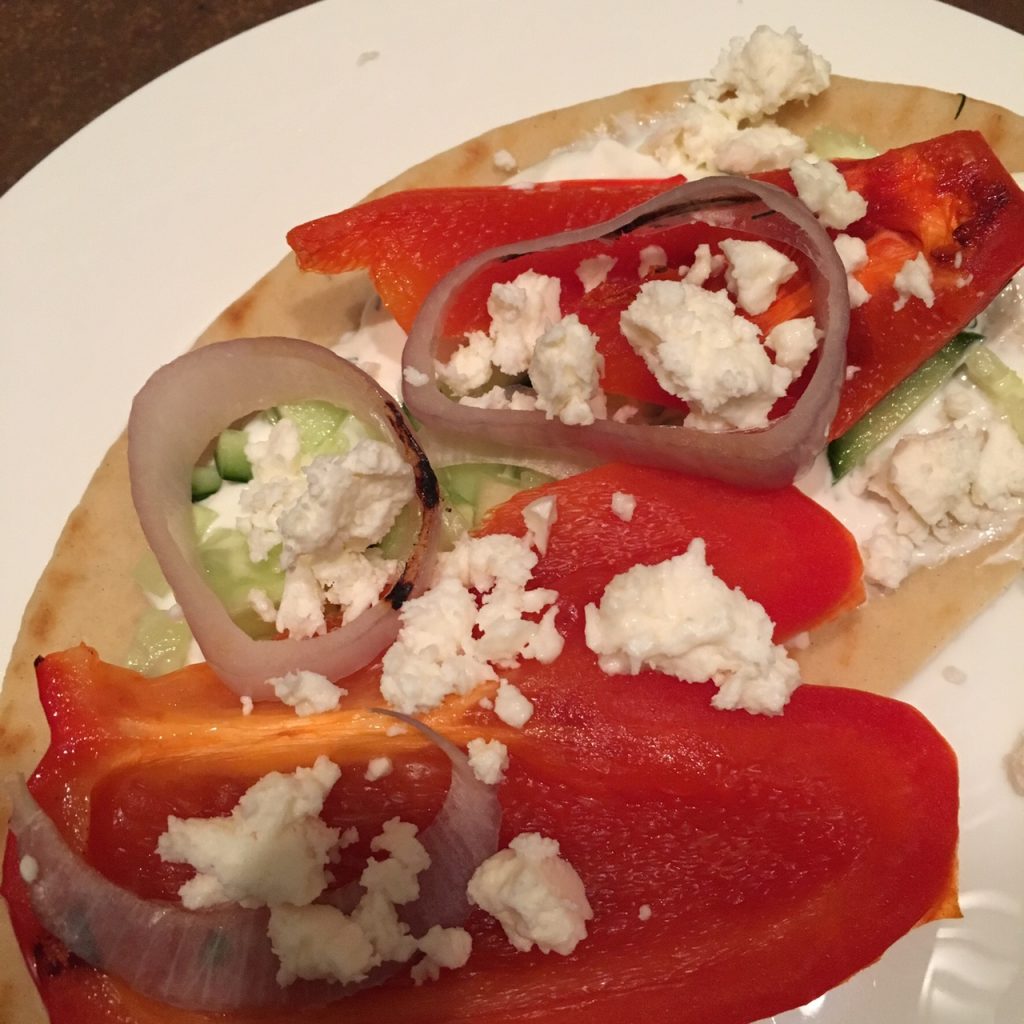 Summer is concert time and this summer is no exception. My boyfriend joined me at the Elie Goulding concert at Boston’s TD Garden for an awesome concert from the British songstress. The concert was an all-out ladies fest and I give huge credit to a man who stood next to me as I sang along to her songs. We left covered in gold confetti which, in my opinion, is the perfect way to end a night.

The last weekend in June was beautiful and on a perfect beach day my boyfriend and I headed up to Crane Beach in Ipswich. Just an hour north of Boston, Crane Beach is beautiful and the perfect place to spend the whole day. Unlike some other beaches like Singing Beach, there’s ample parking at Crane Beach. Parking is $30 but puts you right at the beach where there are huge bathrooms with showers and changing areas and a concession stand with picnic benches. The parking lot is attended by friendly teenagers who will help you find a spot on a crowded day. 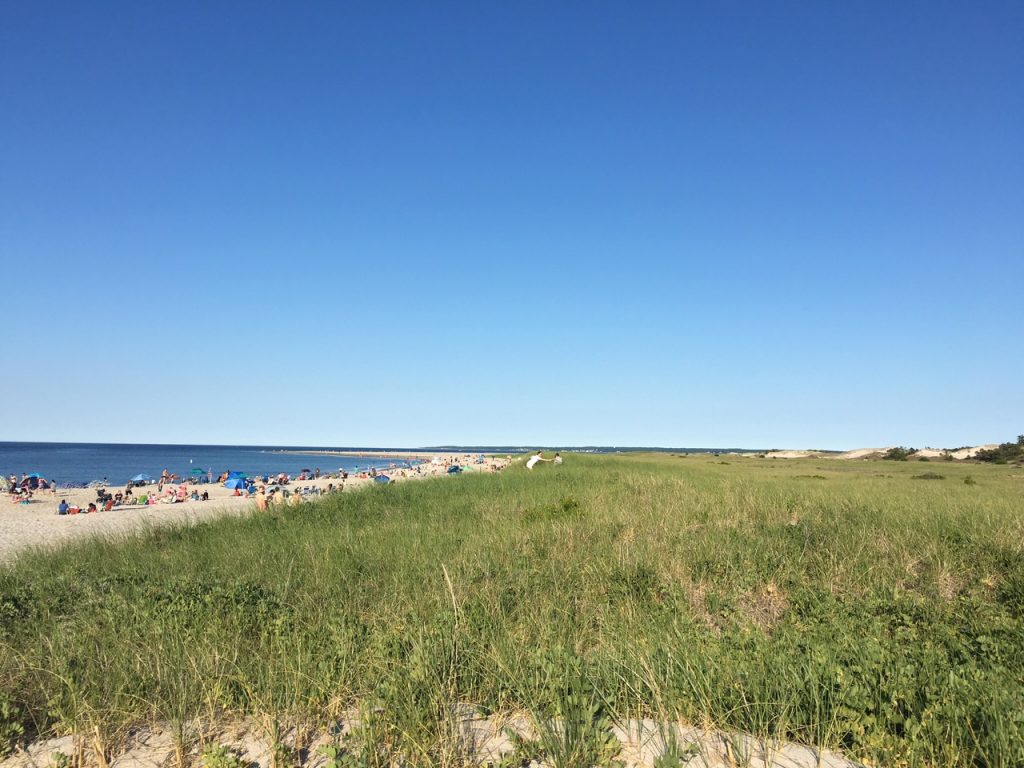 Crane Beach is long, providing plenty of room to find a spot on the sand surrounded either by families or no one at all. We chose to hike down a ways and set up camp in an area near the dunes where there were fewer people and spent the day relaxing in the sun.

That’s a wrap up of June in Boston—check back soon to see what I’ve been up to so far in July!

2 thoughts on “June Beach Trips and Events in Boston”