Thank you Capital One for sponsoring this post; all opinions are my own.

During the holiday season, one of the best things you can do, for yourself and others, is to give back. Whether it’s through monetary donations, participation in fundraising events, or adopting a family, giving back is our social responsibility. I’ve been lucky enough to be able to give back to my community throughout my adult years, but as we all know, the contribution of any one individual is only as good as the support of the rest of the community. That’s why, when Capital One invited me to their #CapXTalk entitled, “Investing and Impacting the Community for Good,” I knew I had to attend.

Held at the Capital One Back Bay Café on Giving Tuesday, the event focused on how the bank and other local businesses give back to the Boston community, with a focus on Corporate Social Responsibility. The panel featured speakers from The Red Sox Foundation, Harpoon Brewery, and Capital One to highlight the importance of getting involved and giving back to the Boston community. 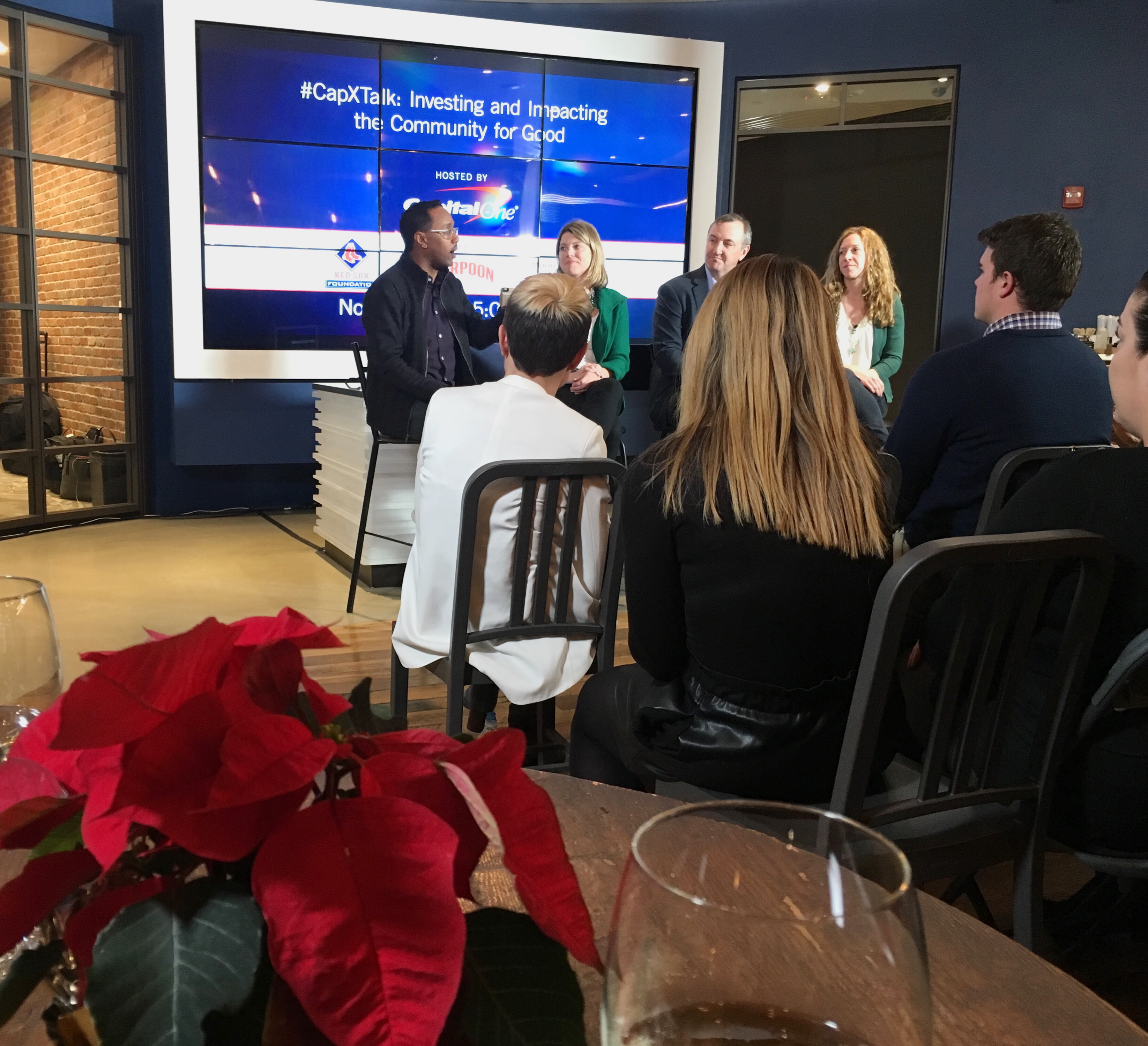 A resident since 2006, I’ve seen Boston grow and flourish into a thriving city that is deeply rooted with loyalty and love. I’ve experienced the support that local and national organizations have given to the community and its residents. What I didn’t realize, however, was how wonderful some of these organizations were.

At the #CapXTalk, I learned about how Capital One, The Red Sox Foundation, and Harpoon Brewery give back to Boston, each in their own ways, through Corporate Social Responsibility (CSR). These businesses take CSR seriously through their many initiatives to benefit Boston and its surrounding communities.

How Capital One Gives Back to Boston

At each of its five Cafés located in Downtown Boston, Back Bay, Brookline, Ink Block, and Harvard Square (with three more to come in 2017 in the Seaport, Hingham, and Lynnfield), Capital One empowers their associates to designate who they want to serve in the community. A different approach from many large corporations, Capital One leverages the ties that their associates have to the community to inform how the company can make the greatest impact locally. By allowing employees to have a say in giving, Capital One brings authenticity to their Corporate Social Responsibility.

How The Red Sox Foundation and Harpoon Give Back to Boston

It was no surprise to me to learn that the Red Sox Foundation and Harpoon Brewery are strong players in the effort to give back to Boston, but it was interesting to learn the philosophy that drives each business to do so.

Philosophically speaking, Harpoon Brewery is perhaps on the other end of the spectrum, guided by a desire to be a good neighbor and friend. Harpoon is committed to making their breweries in Massachusetts and Vermont more sustainable and eco-friendly. This commitment earned them the Boston Green Business Award in 2012. Harpoon Helps, the philanthropic arm of the Harpoon Brewery, has been supporting charities across New England since its inception in 2003.

Through local events like the Harpoon 5 Miler, Harpoon Friendsgiving, and other events like yoga at the brewery, Harpoon is making an impact on a smaller scale. It’s that smaller scale that makes Harpoon approachable and allows the company to help individuals and charities through donations of time, space, and beer. Harpoon has fulfilled almost 400 donation requests for beer for fundraisers in the past year.

Capital One Cafés in Boston

A big fan of Capital One since I opened a savings account last year, the Capital One Cafés are a special place in Boston—a place where you can see and experience the impact the company has on the community. In addition to serving up delicious Peet’s Coffee, the Cafés are built around digital tools and human connection in a way that is reimagining banking. 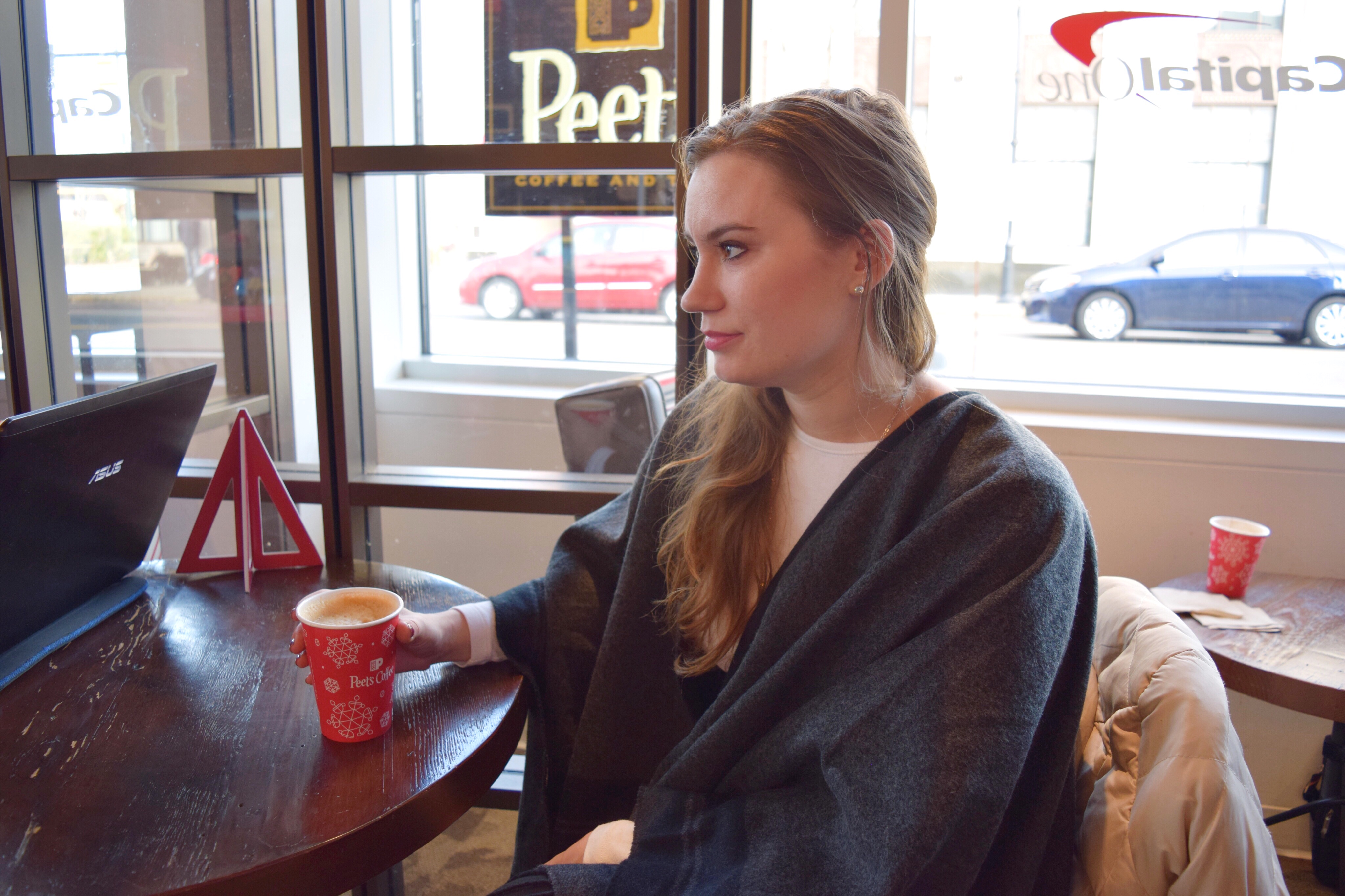 Stop by any of the five Cafés on a given day and you’ll find people working, friends having coffee, business owners holding meetings in complimentary meeting rooms, and budget-conscious professionals getting personalized one-on-one financial advice. Aside from the joy of free WiFi and fee-free ATMs, it feels good to know that when you’re drinking a cup of coffee at a Capital One Café, you’re experiencing a corporate initiative that gives back to Boston and empowers its residents to make healthy financial decisions.

Thank you, Capital One, for inviting me to the #CapXTalk on Investing and Impacting the Community for Good and for working together to spread the word about how Capital One gives back to Boston.

One thought on “Impacting Boston for Good with Capital One”