I spent this weekend wrapping up summer with a quintessential New England clambake. I had never been to a clambake before (or lobsterbake, which is really what this is) but thankfully the gracious hosts of this crustacean affair were old pros at the tradition of putting dying animals in a fiery hole in the sand.

I did manage to find the plans for the clambake and by a slightly amended version of my logic on becoming proficient in something I’ve never done before, I am now pretty much an expert.
1. Find someone who is an experienced clambaker, attend their clambake, and steal their plans
Only the pre-planning phase is pictured below. The actual baking the food portion ended up covered in lobster meat and juice.  However, it is probably the most important part, as it involves intense physical labor and doling out responsibilities to people who will do the literal grunt work and set the stage for the rest of the clambake.
Note: You’ll need a beach, a shovel to dig a hole, about 20 hungry people to help, no less than 30 rocks, a cord of wood, a ton of food (lobsters, clams, potatoes, corn), trays in which to cook the food, seaweed, a source of fire, tarps, a rake, and a hose. 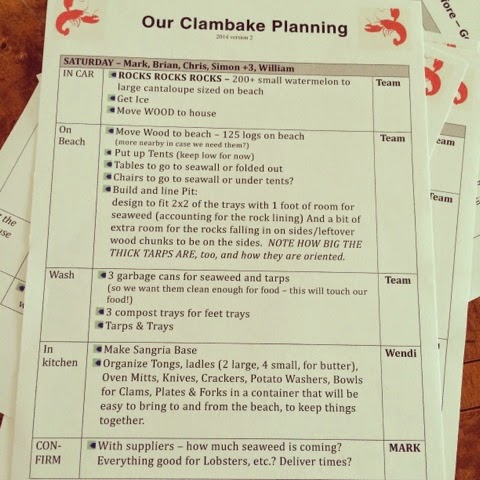 2. Enlist the free help of 20+ hungry people
After setting up the above and keeping a fire over rocks or something bring out the food and the trays in which your food will be cooking. Find the people who have come to eat your food and put them to work–there’s no such thing as a free lunch (or dinner)! 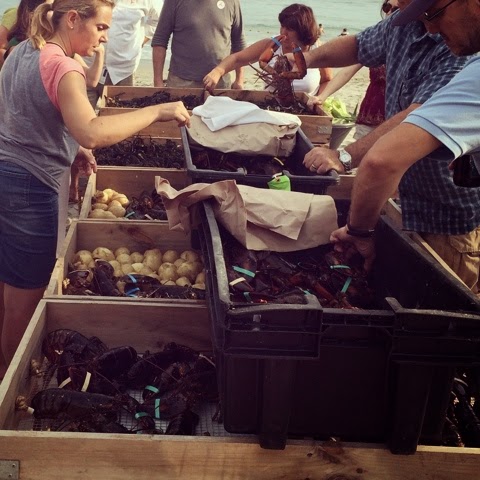 3. Prepare the trays
Throw food and some seaweed in the trays. The seaweed will help to steam the food (it should be wet) so place the food in single layers on the trays. 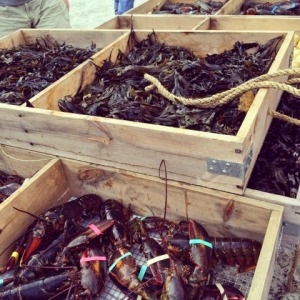 4. Mitigate guilt
Toss any dead lobsters back into the ocean while singing, “Go home to your people, my friend!”. 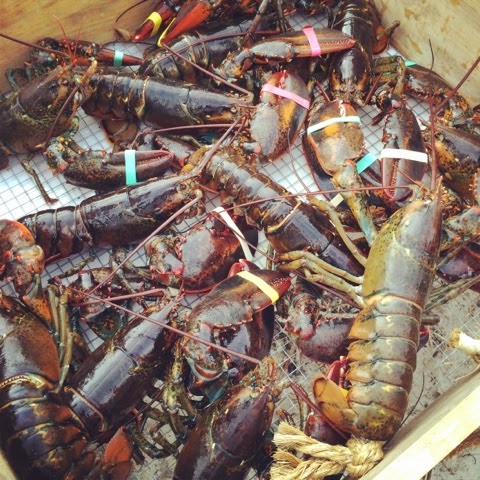 5. Cook the food, working quickly
Again using the help of people, rake the embers over the rocks (following real instructions linked above or found elsewhere) and place trays of dying crustaceans over the searing rocks. Move fast, because you want to trap as much of the heat in as possible.
This part is difficult to take pictures of so these were taken while taking the food out. 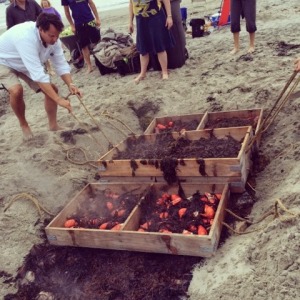 It’s helpful to have a system in place–one hostess of this weekend clambake gave people numbers assigned to tasks. I was on seaweed/tarp patrol and collectively threw seaweed over the trays and sealed the steam of the fire in with 4 wet tarps.
6. Wait 1.5 hours, drink, relax, socialize
Put your phone down and really socialize.
7. Remove the cooked food
Enlist the same people with the same jobs. Reverse the order of how things went in. 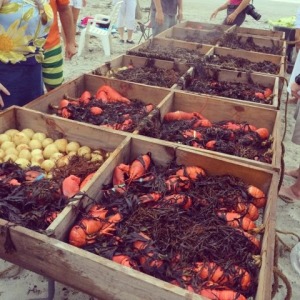 Remove seaweed, enlisting the help of younger people who were too young to help over an open pit of glowing embers. 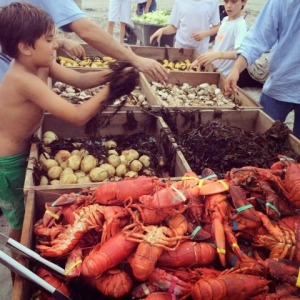 8. Take selfies with the food
You didn’t put all of that hard work in for nothing. 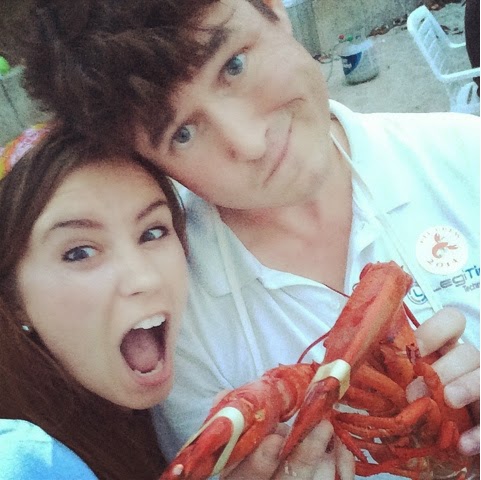 9. Eat the food, socialize some more
Optional: drown your food in butter. 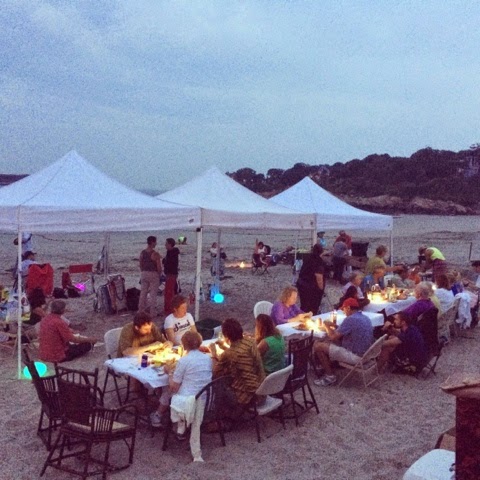 10. Celebrate
Pretend you didn’t just kill an entire family of lobsters, shoot off some illegal fireworks, and celebrate! 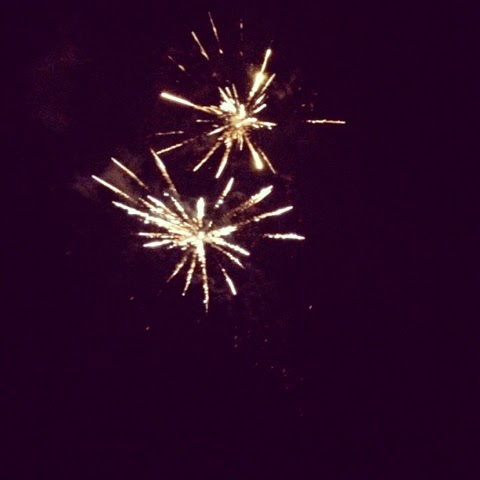 4 thoughts on “How to host a clambake in 10 steps”