Fall is the time of many great things in New England—from apple picking and haunted hayrides to leaf peeping and drinking at beer fests, there’s always something fun to do. This weekend my fiancé and I took part in another New England fall tradition—King Richard’s Faire.

For those unfamiliar, King Richard’s Faire is an annual Renaissance Faire held in Carver, Massachusetts. This year marked the 35th anniversary of the event that draws crowds from Boston and the surrounding areas. My fiancé and I attended the Faire last year and had a great time, so when the good ol’ King Richard himself offered us two tickets to attend this year, we jumped at the chance!

A big misconception about Renaissance Faires is that you have to dress up. While dressing up is fun and plenty of people do so, it’s certainly not required. That being said, last year I purchased a bodice from one of the vendors and was excited to have an excuse to wear it again. So, on Saturday morning my fiancé helped me tie myself into the surprisingly comfortable chest-emphasizing device and we headed out to the Faire.

The ride from Boston to Carver is around an hour, depending on traffic, and an easy ride. Despite the busy day and nice weather, there was ample parking and we found a spot near the entrance. With experience from last year under our belts, we arrived with cash on hand. While there are ATMs and many vendors take cards, food and drink tickets are cash only and service in the area is limited for credit card processing—do yourself a favor and hit up the ATM before you arrive. 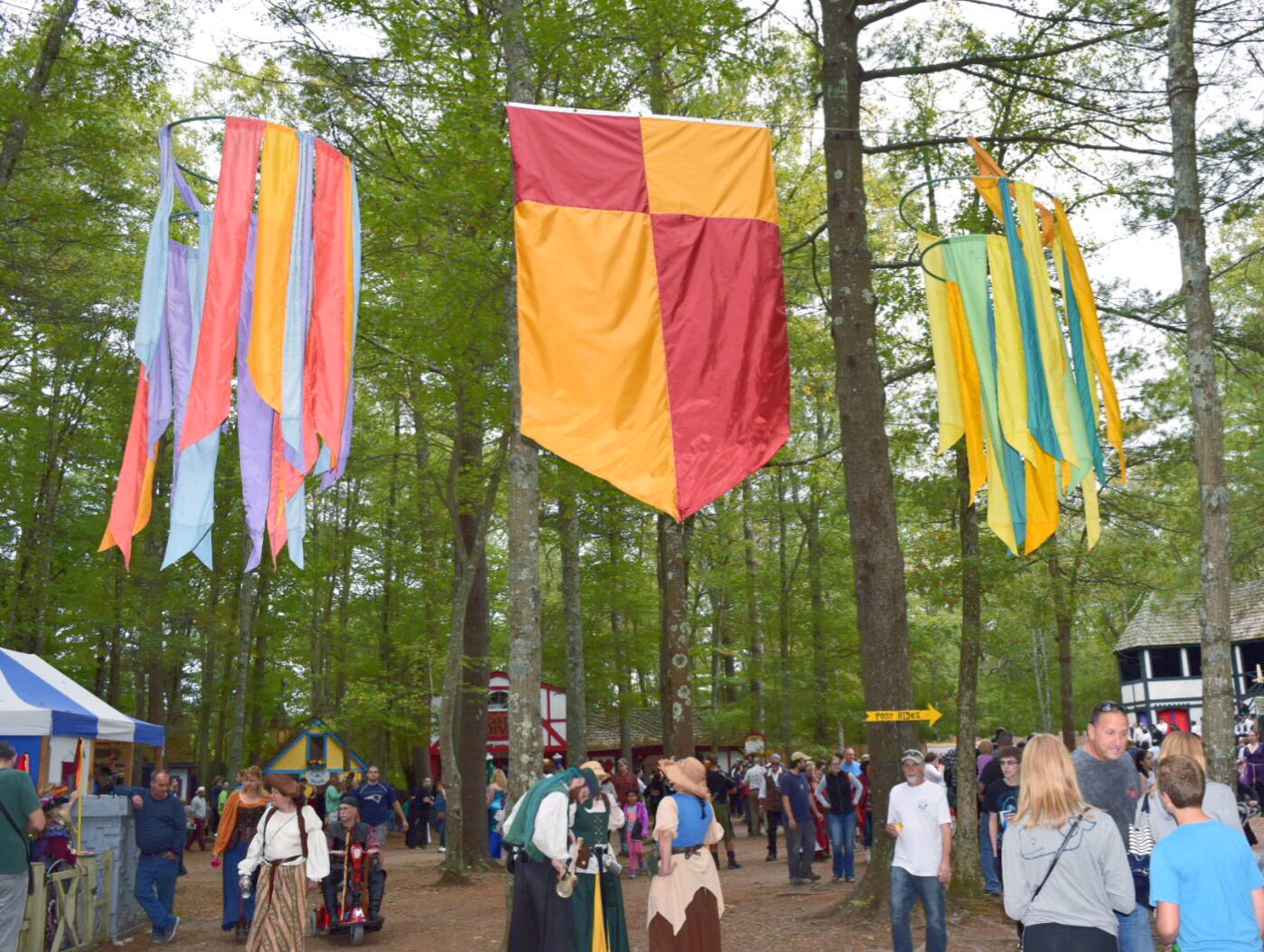 Food and drink tickets in hand, we ate our way through the Faire—turkey legs, baked potatoes, bacon mac and cheese, friend dough, and all of the beer and mead you could ask for! After stuffing ourselves silly, we made our way to the stocks outside of the medieval torture house, which this big baby opted not to explore! 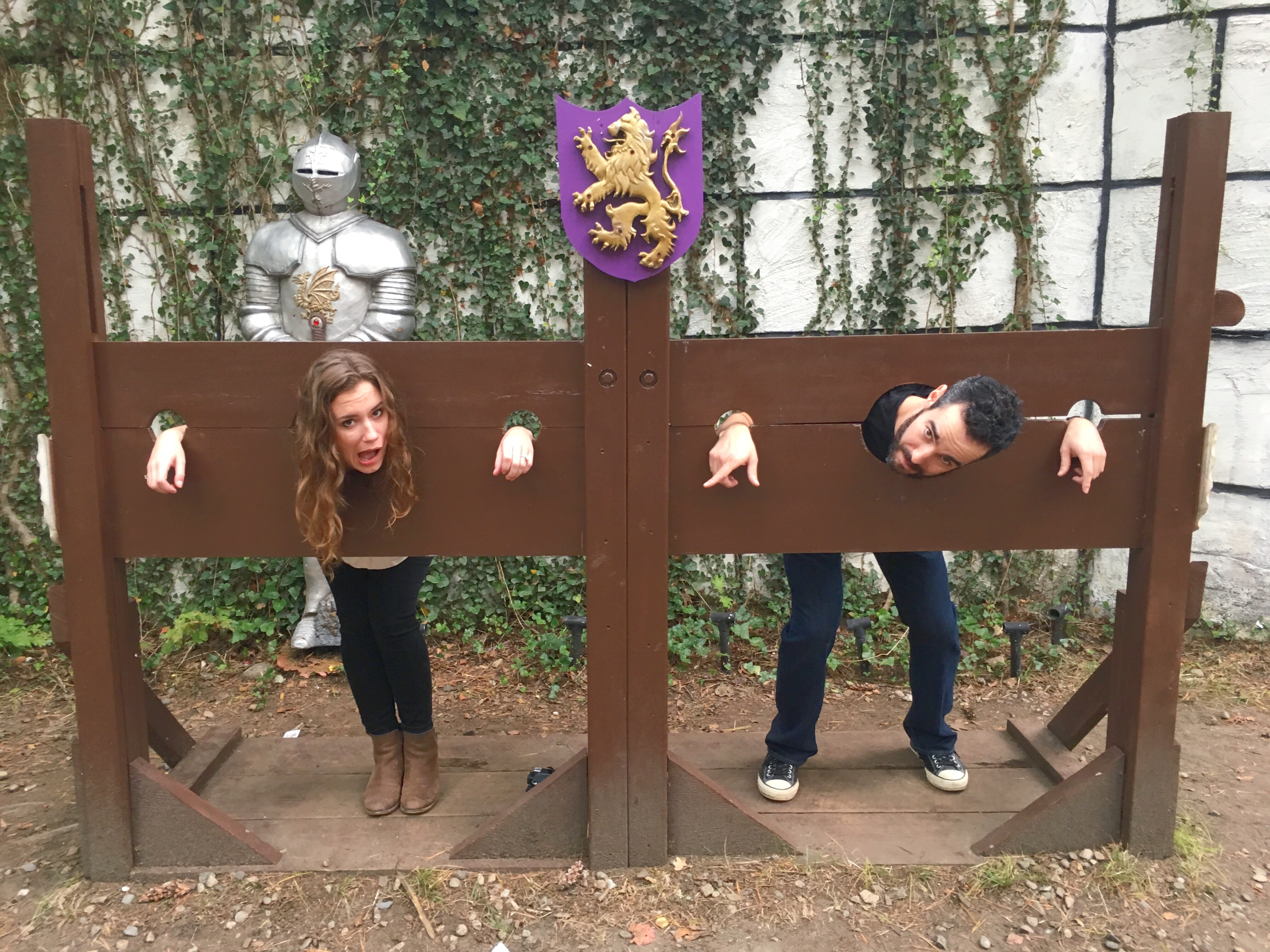 We walked past jousting shows, fire-breathing women, feats of strength, pony rides, a magical unicorn, and a kilt contest full of shirtless men. Everywhere you turn, there’s something to see.

Family friendly, there are activities, rides, and games for kids young and old. Last year Ronnie won an axe throwing contest so this year we tested our luck at archery. Despite the mini lesson we got from the attraction guide, neither one of us was a winner. 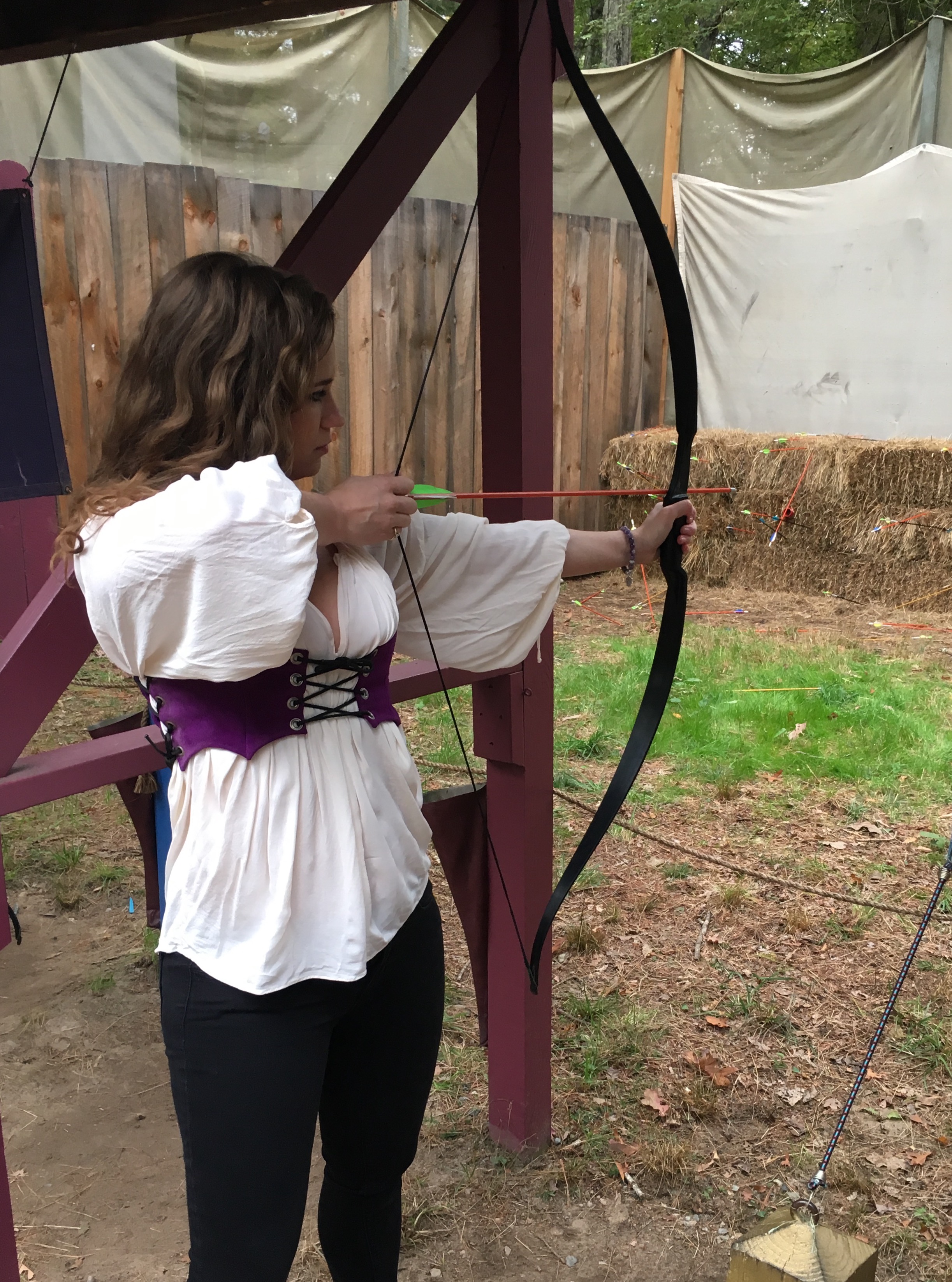 My favorite part of King Richard’s Faire was the Faerie Circle. Horticulture tells us that faerie circles are naturally occurring circles of mushrooms, but certain folklore explains that within these faerie circles are buried treasure that fairies are set to guard. Those who enter the ring are at the mercy of the fairies if they seek to uncover the bounty, but if you let the treasure be and tell no one of the location of the circle, a wish will be granted to you. At the risk of my wish not being granted, suffice it to say that there may be a faerie circle at King Richard’s Faire and in it you may find a centaur playing a flute and fairies granting wishes…

In addition to the attractions and shows, there are dozens of vendors at King Richard’s Faire. Nearly anything you can imagine, and some things you never knew existed, are sold at the Faire. From fairy wings and leather kilts to swords and family crests, you can get your fix of Renaissance Faire wares. We picked up an outfit for my niece and a flower crown for myself but could have easily bought more things that I never knew I always needed! 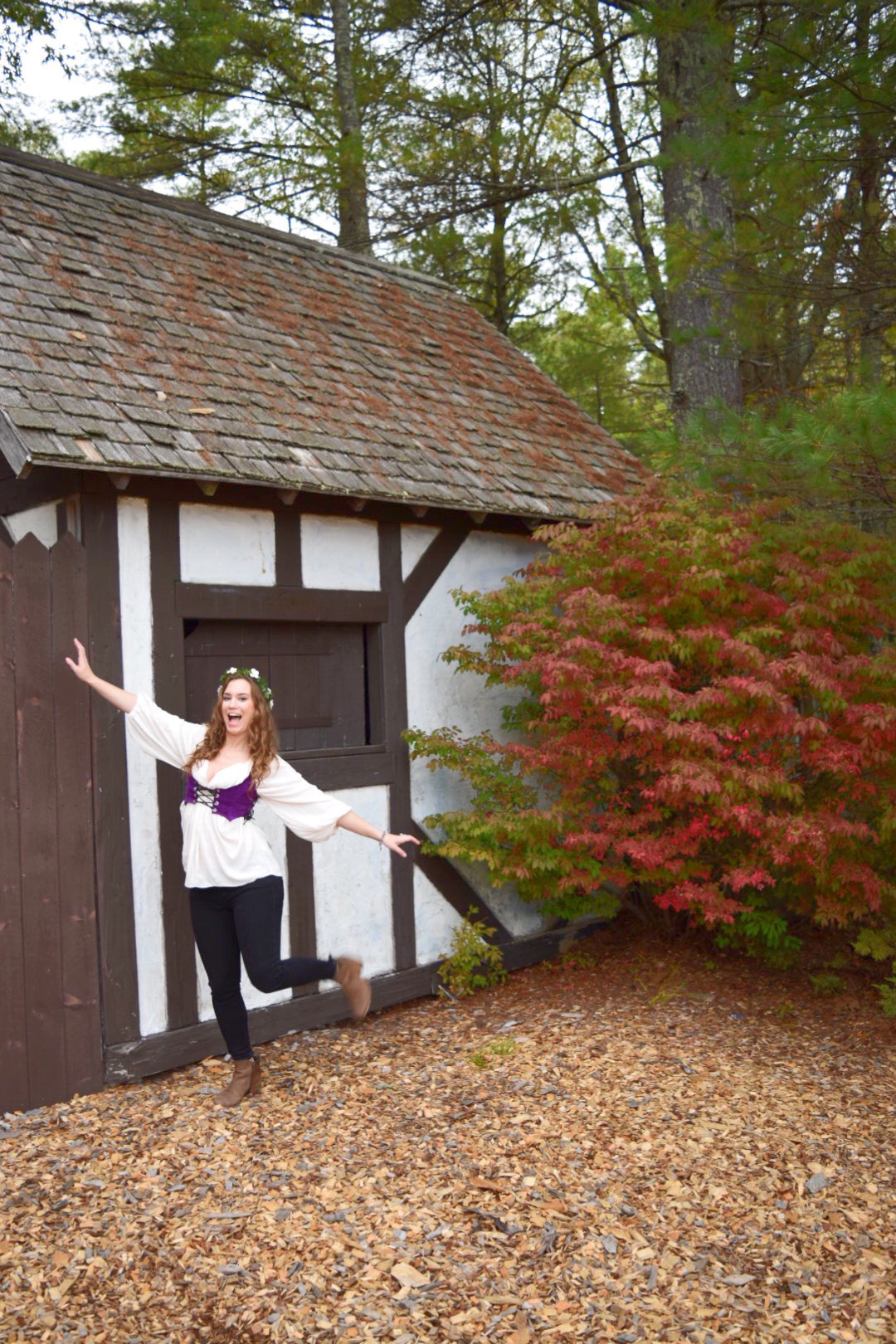 After much frolicking around the beautiful scenery, we headed back home to Boston where I wore my flower crown the rest of the night.

If you’re looking for something fun to do over the next couple of weekends, head to King Richard’s Faire!

Note: I received two tickets to King Richard’s Faire free of charge, but all opinions and love of fairies are my own.