Last weekend I attended the 2016 Boston Wine Expo. Held on President’s Day weekend for the past 25 years, the Boston Wine Expo is the wine tasting event of the year for serious wine drinkers. After a great first experience with my boyfriend at the 2015 Boston Wine Expo, I was excited to attend the Silver 25th Anniversary this year.

The Expo took place on both Saturday and Sunday at the Seaport World Trade Center. We opted to go to the Grand Tasting which featured over 1,800 wines from 200 wineries. The Grand Tasting was held on Sunday, which was also Valentine’s Day. After a filling breakfast at home complete with Valentine’s chocolate, my boyfriend and I headed out to the Seaport in sub-zero temperatures. For some reason the weather gods seem to frown on the Expo—it fell on the coldest two days this year and during a blizzard last year. 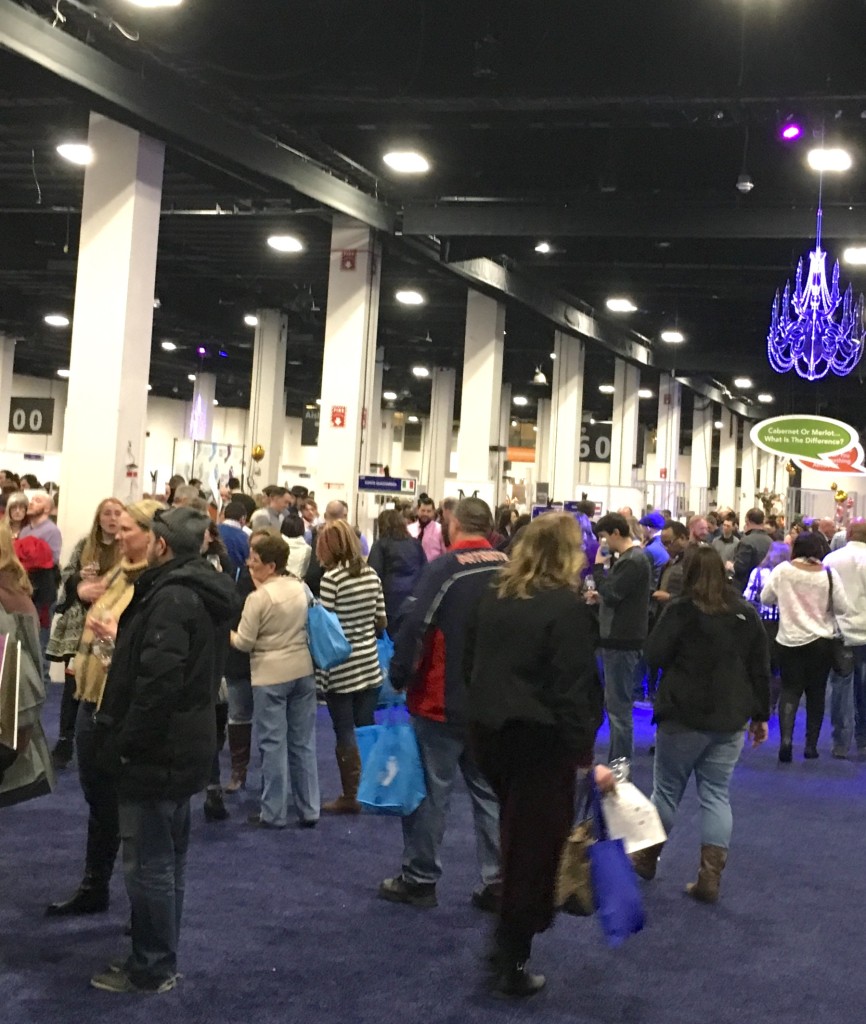 Immediately upon entering the Expo, I noticed that the rows were wider and the tables were more spaced out. The 2015 Expo was very crowded, both due to it’s popularity and ticket trades on account of the blizzard. It was nice  to see that the organizers took this into consideration.  The increased spacing made it much easier to walk around  without the fear of bumping into someone and spilling wine.

We worked our way up and down the rows, sipping everything under the sun. When attending tasting events, I try to focus on new-to-me brands. There were several that stood out to me this year, including Brooklyn Oenology’s Broken Land, Bodegas Taron’s 2014 Rosado, and nearly every Vinho Verde offered. I also enjoyed new favorites from some of my go-to’s including the Magic Door Cabernet Sauvignon by 90+ Cellars.

A sucker for photo booth fun, my boyfriend and I had a blast at the Infiniti gif-producing photo booth stationed between their beautiful cars.

There were a number of small businesses at the Expo this year, many of which were food or snacks which allowed me to graze while I sipped my wine. My favorite was McCrea’s Candies, a local Boston company with the best caramels ever. While all of the flavors are delicious, the Black Lava Sea Salt Caramel is to die for!

Wine wasn’t the only alcohol at the event—Jonathan Pogash, aka The Cocktail Guru, was in attendance with some tasty cocktails too! 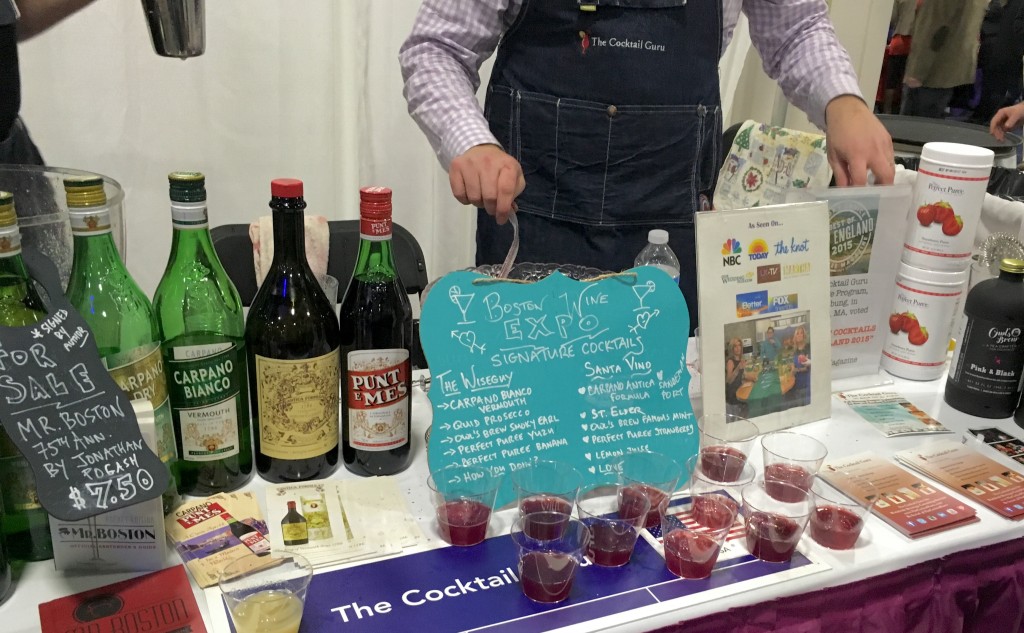 Although the Boston Wine Expo is huge, it’s inevitable that you’ll run into someone you know and low and behold, I ran into my blogger friend Jodi at the event. 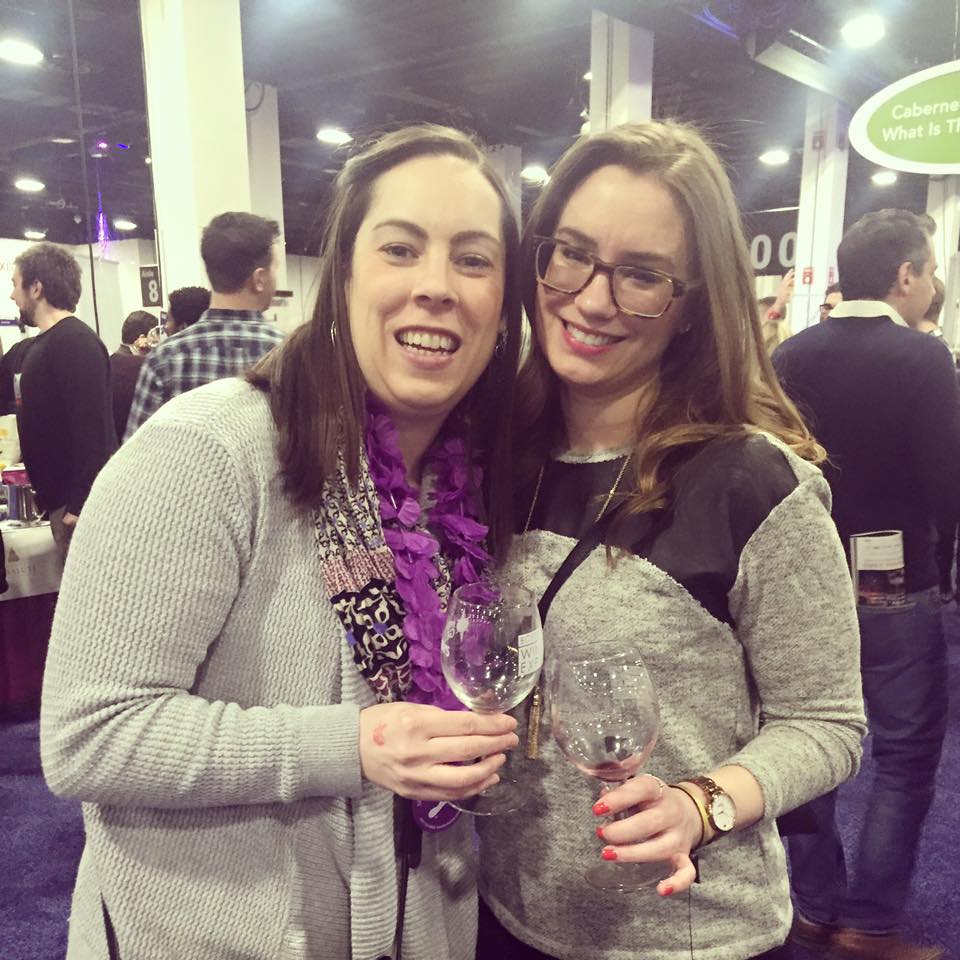 On our final round, my boyfriend and I found the Troublemaker Wine kissing booth, a delightfully fun addition to the Expo! 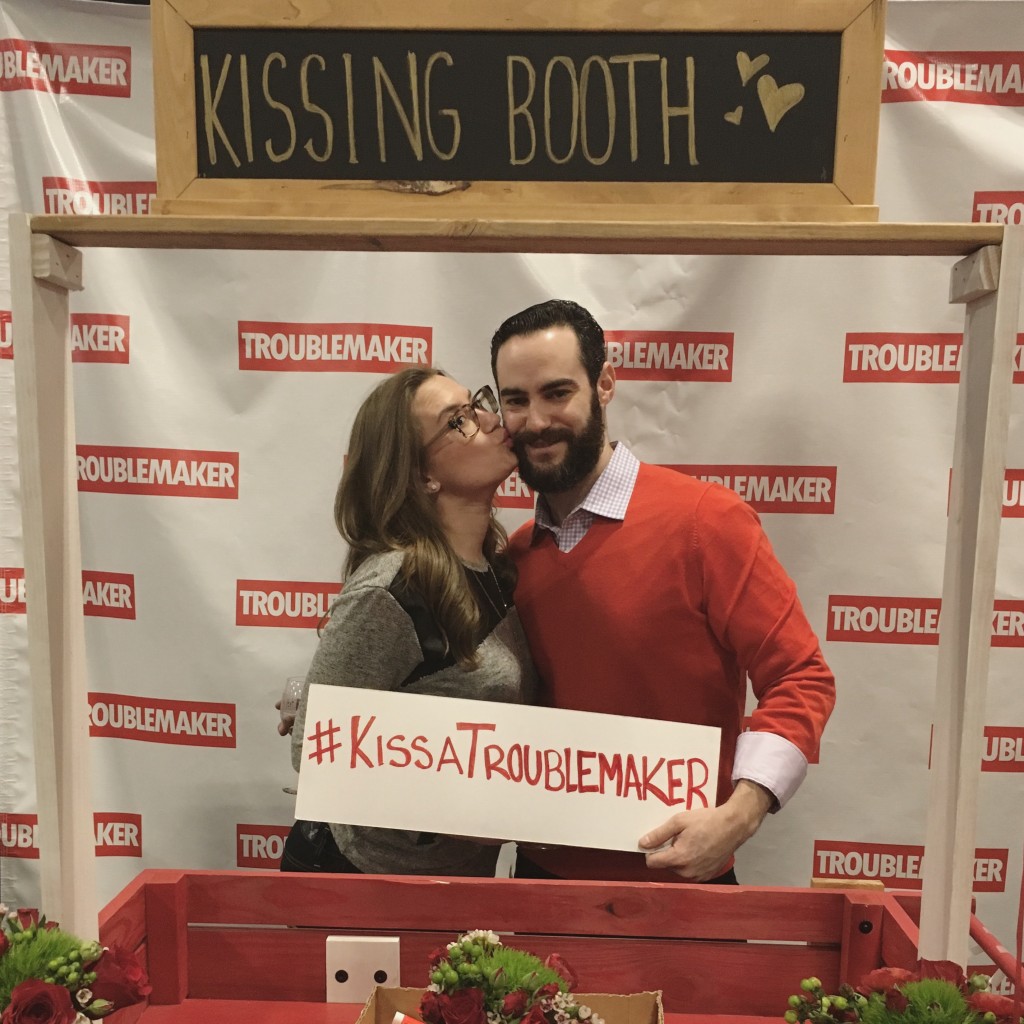 Once again, the Boston Wine Expo stands as the perfect Valentine’s Day event in Boston. What better way to celebrate the day than drinking wine with the one you love? See you again next year!