Say that three times fast! The past two weeks have been full of blogger birthdays. Three of my favorite Boston bloggers – Caitlin, Jodi, and Kate – rang in another year on this big green Earth.  Despite not being a big birthday celebrator of my own birthday, I was happy to have the chance to celebrate with my best blogger friends in style!

First up was Caitlin, who was celebrating to forget the birthday that marked the wicked age at which she was no longer covered by her parents’ health insurance. It’s a sad day to have to pay your own insurance premiums so my favorite foodie made sure to do it up right. We started the night grabbing a drink (just the two of us) at Citizen Public House & Oyster Bar, a whisky bar in the Fenway area. Both whisky lovers, Citizen has a special place in our hearts. Our favorite bartender Laura was shaking drinks like a boss and whipped up two Ultimate Manhattans.

From there we went to Eastern Standard, a brasserie also in the Fenway area, for dinner. The good folks of Eastern Standard gave the 10 of us a private room for the event, which turned a large birthday dinner into a more intimate gathering. The party continued on to Highball Lounge, but I was sore from the Boston Yoga Mala earlier that day and headed home early. 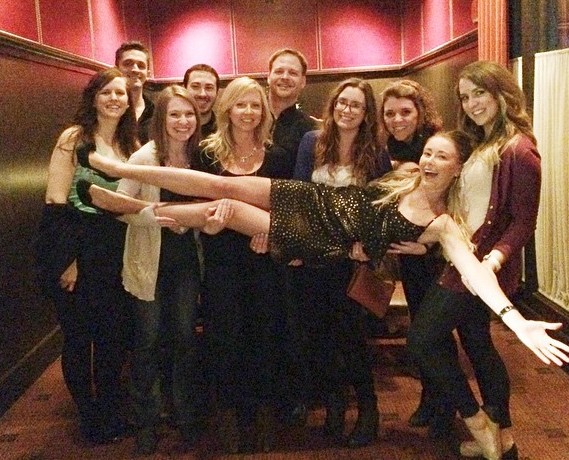 Jodi’s birthday was the next weekend, celebrating her “we don’t count anything after 30” birthday. We dined at Pastoral, an artisanal pizza kitchen and bar in Boston’s Fort Point area. Our table of 4 got the a garlic knot to start followed by a couple of pizzas and sides. Outnumbered, we ordered the kale, which I hate to admit was pretty tasty. The best part by far was the chocolate chip cookies for dessert.

Pastoral is gluten-free friendly, which was nice for one of the gluten intolerant member of our party who dined right along with us with her own gluten-free pizza and chocolate chip cookies. Two gluten-free thumbs up! 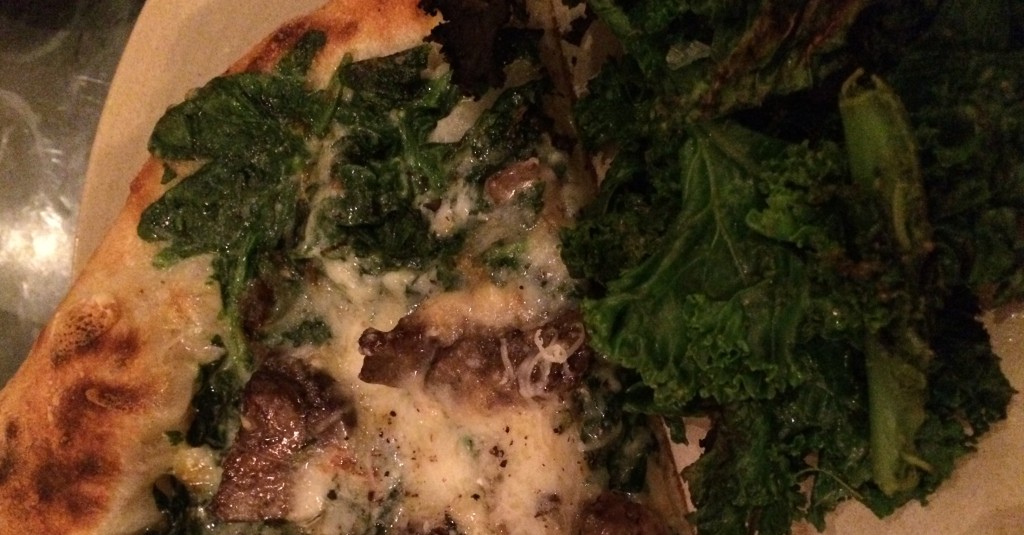 From there we went to Drink, a speakeasy style cocktail bar also in Fort Point. I was excited to try Drink, a bar notoriously difficult to get into and so cool that it doesn’t have a cocktail menu. We waited in line for 20 minutes just for a place to stand at the bar. The atmosphere was a strange blend of hipster je ne sais quoi and parochial school strick – seats and standing places are designated and maintained under the watchful eyes of the staff who are not shy to tell you that you can’t snag a seat that opened up. 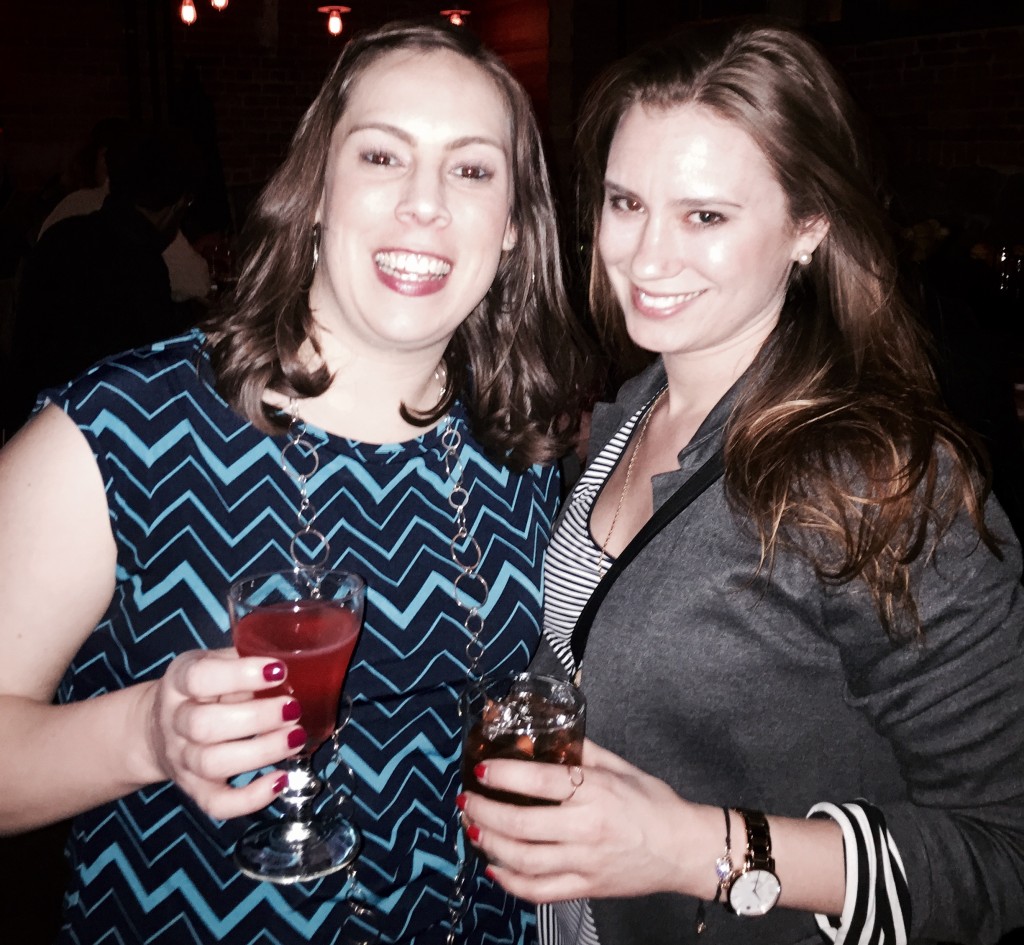 I was looking forward to the inventive cocktails the bar is known for and was disappointed when upon telling the server that I liked “bitter whisky drinks – not heavy on vermouth” I was given (drum roll please) an Old Fashioned sans garnish. Not without effort, the ice cube in the highball was decidedly hand cut. The last stop of the night was to Trade. Tenzin, the cocktail garnish bartending king of Boston was on the bar, creating masterpieces all around.

Last but not least, I helped Kate celebrate her birthday on April Fools Day. We dined at Cinquecento Boston, a Roman Trattoria style restaurant in the South End. The drinks, food, and company (complete with Jodi, Kerry, and Kate’s friend Meg) were spot on. Usually not a cheese eater because it makes me break out, I dug into the Bruschetta Ricotta like it was nobody’s business. If there’s one thing I have a weakness for, it’s soft cheese and bread – ok, that’s two things. 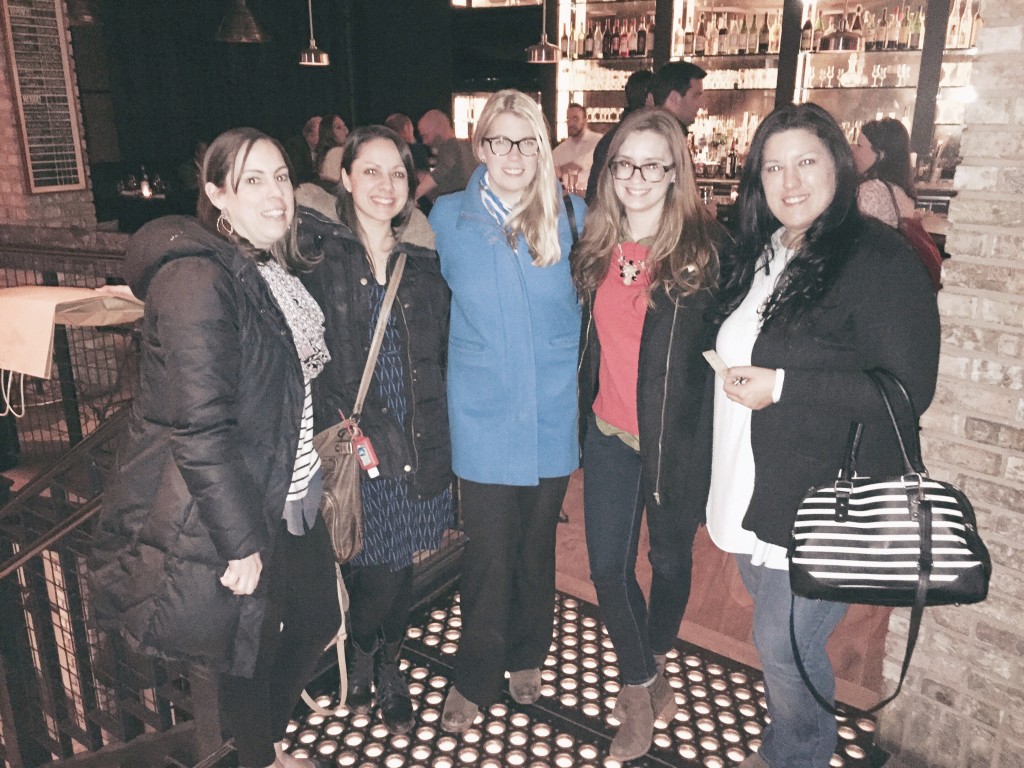 What a fun two weeks of birthdays for my Boston Blogger friends – I’m so happy to have been invited to celebrate!