Yesterday was Equal Pay Day in the United States. The day that symbolizes how far into the year a woman has to work to earn the salary that a man made in the previous year. Women earn on average, $0.78 cents for every dollar that a man makes. For those counting, that means that women must work 4 months and 14 days more than a man to earn the same amount of money.

In honor of Equal Pay Day, I attended How to Build Your Negotiation Game, an event hosted by the Boston chapter of Levo League and General Assembly. A campaign by Levo League, a women’s career elevation organization, #ask4more encouraged women to take their career into their own hands by negotiating and asking for what they want and need.

As a woman in tech, unapologetic feminist, and Levo article contributor, I could not have been more excited to attend an event about negotiating skills and ramping up my career path. Earlier in the day I opened up a discussion on Facebook, asking my female friends whether they had negotiated their salaries. Many of my friends had not, but many had. It opened up a discussion about WHY some of don’t #ask4more and HOW we can change that.

Part curiosity and part social experiment, this Facebook discussion opened my eyes to the pervasiveness of the mentality that women should just accept what we’re offered. It also set the stage for last night’s How to Build Your Negotiation Game event.

Drawing over 50 women working in marketing, finance, HR, law, operations, and everything in between, Levo Boston and General Assembly opened up a unfamiliar discussion among young women. The large group of attendees was broken up into smaller, industry-specific groups where we introduced ourselves and answered discussion prompts. Allison Down, the head of Talent & People at General Assembly, wrapped the evening up with her own powerful words of wisdom about grabbing our careers by the horns. 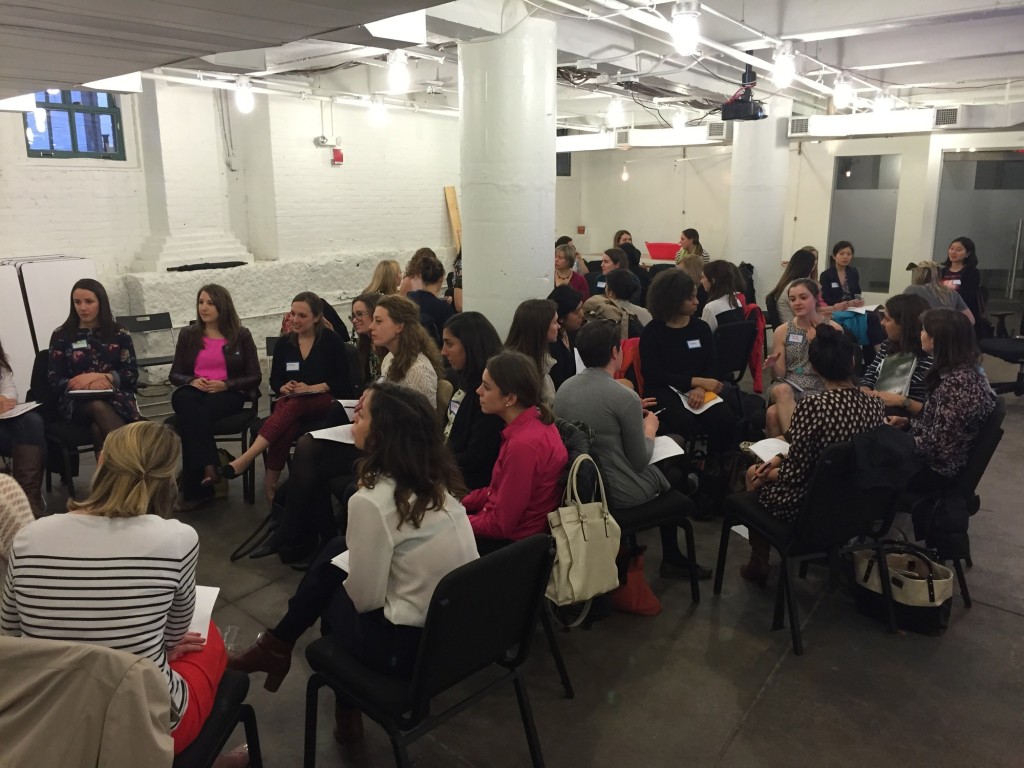 I loved hearing the experiences of other women both in startups and marketing, learning from both positive and negative experiences. Not everyone had negotiated in the past. Those who had weren’t always successful.

We talked about how to approach negotiations, how to talk to our bosses, whether we should justify what we want and/or need, and what to consider when preparing to negotiate. A big proponent in women supporting each other, I loved this event. It brought Boston women together by creating a safe place for women in similar fields of varying experiences to ask each other questions, give advice, and plant ideas.

THANK YOU to Levo Boston and General Assembly for hosting the event and encouraging women of Boston (and everywhere) to #ask4more!

2 thoughts on “#ask4more: How to Build Your Negotiation Game – presented by Levo Boston & General Assembly”